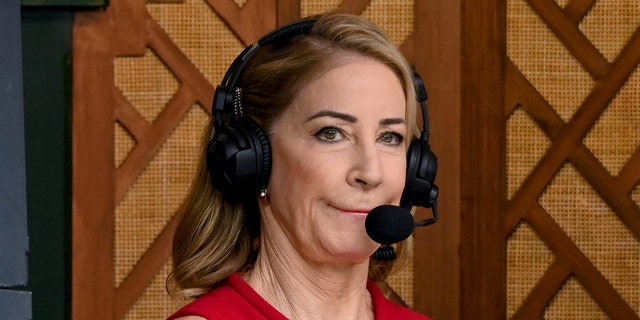 Chris Evert provides analysis at the Wimbledon Tennis Championships at the All England Lawn Tennis and Croquet Club July 8, 2021 in London. (Karwai Tang/WireImage)

“I wanted to share my stage 1 ovarian cancer diagnosis and the story behind it as a way to help others. I feel very lucky that they caught it early and expect positive results from my chemo plan,” she said. “Thanks to Chris McKendry for her friendship and for co-writing this very personal story with me. And thanks to all of you for respecting my need to focus on my health and treatment plan. You will see me appear from home at times during ESPN’s coverage of the Aussie Open.”

In a story for ESPN expanding on her diagnosis, Evert said the cancer was discovered following a preventative hysterectomy. The cancer has not been detected anywhere else in her body.

“I’ve lived a very charmed life. Now I have some challenges ahead of me. But I have comfort in knowing the chemotherapy is to ensure that cancer does not come back,” Evert said.

AUSTRALIAN OPEN FAVORITES SOUND OFF ON NOVAK DJOKOVIC SAGA: ‘ALL THIS COULD HAVE BEEN AVOIDED’ 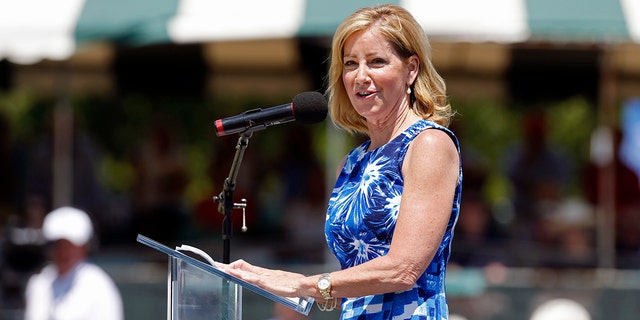 Evert, who won 18 Grand Slam tournaments and is an analyst for ESPN, was a former No. 1 in the WTA rankings and was inducted into the International Tennis Hall of Fame in 1995.

Her sister, Jeanne Evert Dubin, died from ovarian cancer in February 2020 at age 62.

“Be your own advocate. Know your family’s history. Have total awareness of your body, follow your gut and be aware of changes,” Evert said. “Don’t try to be a crusader and think this will pass.” 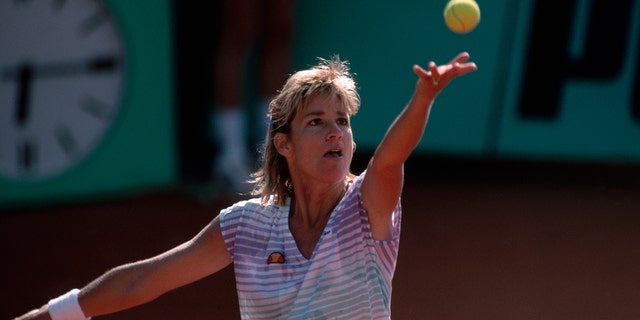 “You are one of a kind, and there are so many who love you,” King tweeted.

Ryan Gaydos is the sports editor for Fox News and Fox Business. Story tips can be sent to Ryan.Gaydos@fox.com.