The head of the union that represents Los Angeles police officers applauded a move by the sheriff’s department to bypass the local district attorney in favor of federal authorities after the arrest of three alleged gang members and a woman linked to the shooting death of an off-duty officer who was house hunting with his girlfriend.,

The head of the union that represents Los Angeles police officers applauded a move by the sheriff’s department to bypass the local district attorney in favor of federal authorities after the arrest of three alleged gang members and a woman linked to the shooting death of an off-duty officer who was house hunting with his girlfriend.

Los Angeles County Sheriff Alex Villanueva took the case to the Justice Department in a move seen as a repudiation in response to directives issued by District Attorney George Gascon.

“I think it’s a gutsy move,” Craig Lally, president of the Los Angeles Police Protective League, told Fox News. “I think he did it because he knew DA Gascon wasn’t going to file any gang enhancements or gun enhancements and probably not go after these people for the death penalty.” 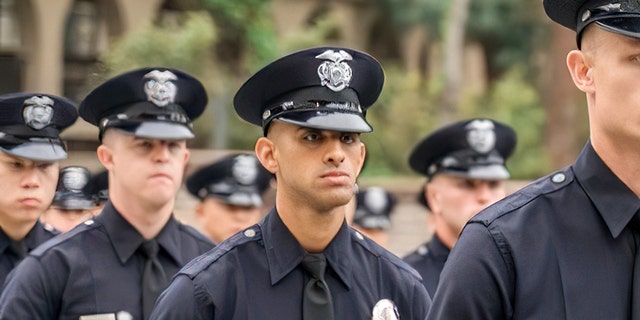 Since taking office in December 2020, Gascon has directed his prosecutors to only seek sentencing enhancements for certain crimes. He has taken a stance on tough-on-crime policies that supporters say exacerbates racial and other inequities in the criminal justice system.

On Thursday, the sheriff’s department announced that Luis Alfredo De La Rosa Rios, 29; Ernesto Cisneros, 22; Jesse Contreras, 34; and Rios’ girlfriend, Haylee Marie Grisham, 18, were arrested this week and are charged in the death of LAPD officer Fernando Arroyos. The 27-year-old off-duty officer was killed Monday in South Los Angeles during an attempted robbery while looking at homes with his girlfriend.

Authorities said Arroyos was shot after Rios and Cisneros confronted the couple. They are charged with violent crime in aid of racketeering, which carries a minimum of life without parole because Arroyos was killed during a robbery in which two silver chains around his neck and a wallet were taken.

Gunfire was exchanged between Arroyos and the suspects, and Cisneros was hit, authorities said. The gang the three male suspects allegedly belong to has been the target of federal organized crime investigations in the past.

Gascon’s office was not presented with the case and did not have the opportunity to levy charges on the suspects, his special advisor, Alex Bastian, said. 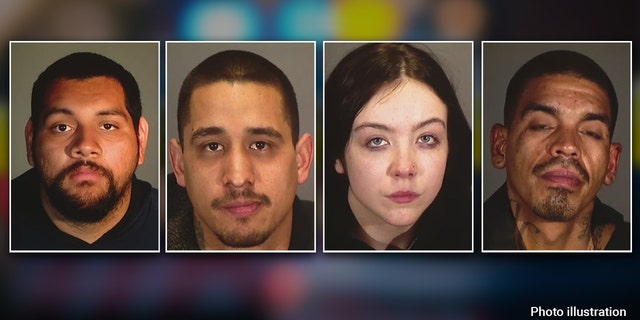 As crime continues to spike in and around Los Angeles, Lally predicted more serious cases will be brought before federal prosecutors if Gascon continues to implement directives that opponents say only emboldens criminals.

“I think you’ll get more of a fair outcome as far as sentencing goes,” Lally said.

The sheriff has been a vocal critic of Gascon, who is facing a second recall effort over his prosecutorial reforms.

During a Thursday night news conference to announce the arrests, he disputed claims that the district attorney’s office had not been consulted.

“We definitely had conversations with the local DAs and their response was not satisfactory to the gravity of this situation,” Villanueva said. “They were consistent with the special orders from the district attorney. I believe their plan was just prosecute a simple murder and no gun enhancements, no gang enhancements, nothing and that did not really cover the depravity of this crime.”

Fox News reached out to him via email and text message but has not heard back. 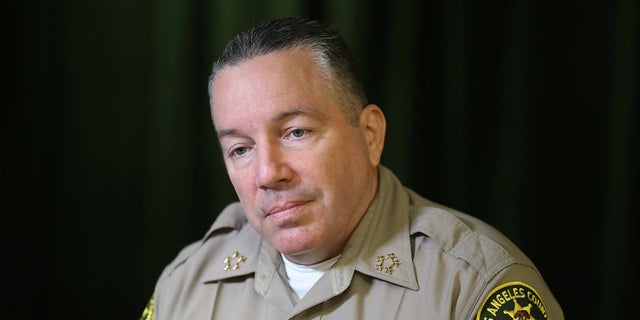 Before becoming the top prosecutor in Los Angeles County, Gascon served as San Francisco’s district attorney, a police chief in Mesa, Arizona, and was an assistant chief in the LAPD. Lally, who has been with the department for more than four decades, said others have told him that Gascon’s time as a police officer was filled with mostly administrative duties.

“I think he really lost touch of what these officers go through each and every day,” Lally said.