Glenn Youngkin inauguration: Virginia Republican to be sworn in as governor

Inauguration celebrations are underway in Richmond to welcome Republican Glenn Youngkin as the next governor of Virginia.,

Inauguration celebrations are underway in Richmond to welcome Republican Glenn Youngkin as the next governor of Virginia.

Youngkin, a former private equity executive and political novice, will be formally sworn as the state’s 74th governor at the state Capitol Saturday afternoon. He beat Democrat former Gov. Terry McAuliffe in November to flip the swing state red in the highly-watched race. 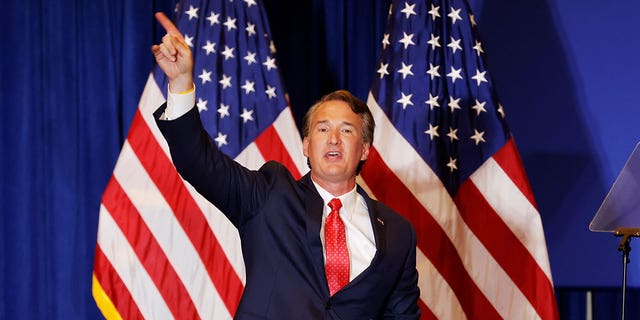 Youngkin, a first-time candidate who hails from the business wing of the GOP, ran a disciplined campaign, focusing on taxes, crime and holding public schools accountable to parents, while McAuliffe spent much of his firepower linking Youngkin to former President Donald Trump.

Youngkin had the support of Trump and also mobilized voters in the suburbs by running on issues like banning critical race theory teaching in schools. Liberals have fretted that Youngkin’s win spells trouble for Democrats nationwide in this year’s midterm elections with President Biden‘s dismal approval ratings.

“I hope you can feel the spirit of Virginia because it’s alive and well!” Youngkin told supporters at a pre-inauguration celebration at the Omni Richmond Hotel Friday night. 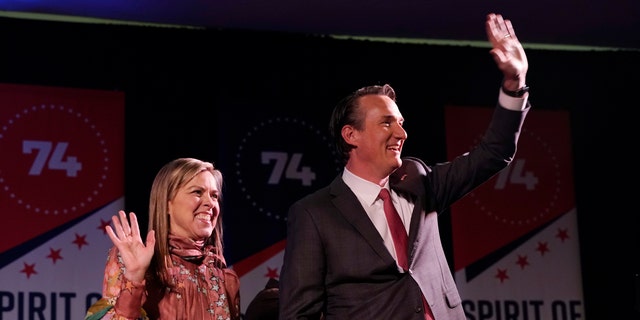 Youngkin celebrated with a crowd of more than 700 people, including many members of the General Assembly and lobbyists, at a festive reception on the eve of becoming governor.

WHAT YOU NEED TO KNOW ABOUT GLENN YOUNGKIN

Youngkin reflected on his victory over McAuliffe as something more than just a regular political campaign.

“It was a movement that brought people together like never before in the commonwealth,” Youngkin said, according to pool reports.

Youngkin will be sworn in Saturday around noon with other newly elected Republicans: Attorney General-elect Jason Miyares and Lieutenant Gov.-elect Winsome Sears in front of the state Capitol.

He’ll deliver his inaugural address after taking the oath of office.

Marisa Schultz is a politics reporter for Fox News Digital. Story tips can be sent to marisa.schultz@fox.com or @marisa.schultz.