Officials had tried to double efforts to ensure a COVID-19 infection did not disrupt the games, with forced quarantine in several cities.,

China has reported its first case of the COVID-19 omicron variant in Beijing ahead of the 2022 Winter Olympics.

A report on Chinese social media site Weibo stated that officials confirmed the case Saturday after the Haidian District Center for Disease Control and Prevention received notice from a third-party testing company. 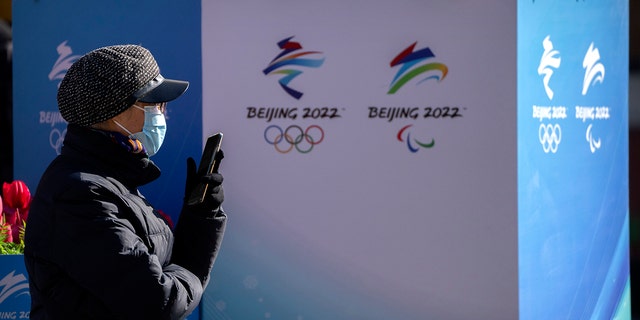 A woman wearing a face mask to protect against COVID-19 sits near landscaping decorated with the logos for the Beijing Winter Olympics and Paralympics on a pedestrian shopping street in Beijing, Saturday, Jan. 15, 2022. (AP Photo/Mark Schiefelbein)

The district launched an “emergency response,” which involved testing of personnel in “relevant areas” for review by the Beijing CDC. People living with the individual tested negative but some environmental samples in the home tested positive. 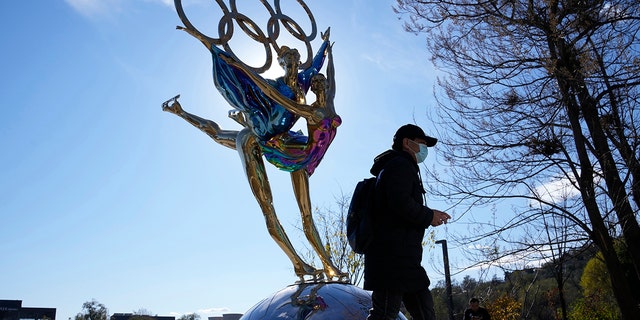 A visitor to the Shougang Park walks past the a sculpture for the Beijing Winter Olympics in Beijing, China, Tuesday, Nov. 9, 2021. China on Monday, Dec. 6, 2021, threatened to take “firm countermeasures” if the U.S. proceeds with a diplomatic boycott of February’s Beijing Winter Olympic Games. (AP Photo/Ng Han Guan)

“Now Beijing’s epidemic prevention and control work faces the double risk of overseas and domestic cases,” said Pang Xinghuo, deputy director of the Beijing Municipal CDC, referring to the Olympic athletes and delegations accompanying them. Another official urged all departments to “ensure the safety of the capital, the Winter Olympics and its residents.”

The case stands as the first confirmed omicron infection in Beijing, but China has battled a number of outbreaks over the past two months around the country due to the variant. 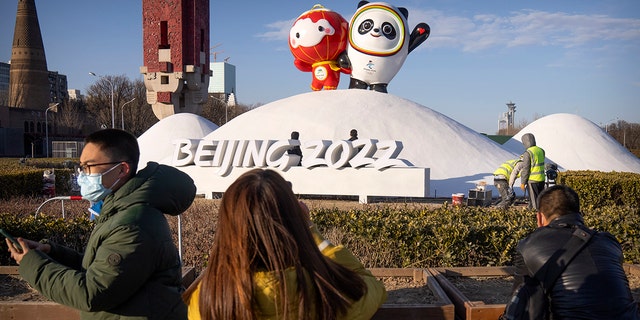 People wearing face masks to help protect against the coronavirus look at a display of the Winter Paralympic mascot Shuey Rhon Rhon, left, and Winter Olympic mascot Bing Dwen Dwen near the Olympic Green in Beijing, Wednesday, Jan. 12, 2022. Just weeks before hosting the Beijing Winter Olympics, China is battling multiple coronavirus outbreaks in half a dozen cities, with the one closest to the capital driven by the highly transmissible omicron variant. (AP Photo/Mark Schiefelbein)

More than 20 million people across China have lived in some form of lockdown over the past two weeks ahead of the Olympics in an attempt to keep the games on track, including forced quarantine in vast “camps” where people isolate en masse.

The city of Xi’an has become the epicenter of China’s omicron pandemic, but the city lies some 680 miles away from the capital. Residents in Xi’an initially had enough freedom to buy food, but officials tightened up restrictions further in the past two weeks.

But officials had tied infections to the city of Tianjin which sits around 75 miles away from Beijing, prompting concern that it was only a matter of time before the capital and Olympics host city saw its first case.

GET FOX BUSINESS ON THE GO BY CLICKING HERE

Officials in Dalian closed the building where the infected individual lives, and also closed buildings where anyone they had close contact with lives, Reuters reported.

China’s current difficulties may seem breezy ahead of Chinese New Year, set to start Feb. 1, when most of the citizens move around the country and gather with family.

Peter Aitken is a Fox News Digital reporter with a focus on national and global news.