Sen. Roger Marshall, R-Ks., provided the forms to Fox News, which his office obtained after filing an Office of Government Ethics request with the National Institutes of Health (NIH) to get Fauci’s most recent disclosure.,

While Fauci’s financial disclosure documents can be requested from the National Institute of Health, they aren’t listed in the same searchable database as many other federal officials.

Fauci is “more concerned with being a media star and posing for the cover of magazines than he is being honest with the American people and holding China accountable for the COVID pandemic that has taken the lives of almost 850 thousand Americans,” Marshall told Fox News Digital in a statement.

“Just like he has misled the American people about sending taxpayers dollars to Wuhan, China to fund gain-of-function research, about masks, testing, and more, Dr. Fauci was completely dishonest about his financial disclosures being open to the public — it’s no wonder he is the least trusted bureaucrat in America,” Marshall continued. 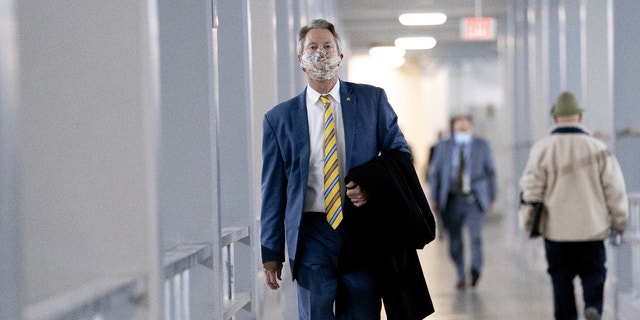 “At the end of the day, Dr. Fauci must be held accountable to all Americans who have been suing and requesting for this information but don’t have the power of a Senate office to ask for it,” the Kansas Republican said, adding that for “these reasons” he is planning on “introducing the FAUCI Act so financial disclosures like these are made public and are easily accessible online to every American.”

Marshall’s office obtained the doctor’s most recent disclosure after filing an Office of Government Ethics request with the National Institutes of Health (NIH).

While Fauci’s financial disclosures are technically open to any member of the public who requests them, the records are not listed in an easily-accessible public database, and it can take months for a request to be fulfilled.

The Center for Public Integrity submitted a request for Fauci’s financial disclosures with the NIH in May 2020, but did not receive the information until August of that year. When the organization did receive it, it was produced under the Freedom of Information Act and came back partially redacted.

The NIH is currently being sued for the production of Fauci’s financial records by watchdog organization OpenTheBooks.org.

Fauci had told the Senate during his Tuesday hearing that his financial disclosures were publicly available online after Marshall had pointed out they are not.

Marshall announced that he would be introducing the Financial Accountability for Uniquely Compensated Individuals (FAUCI) Act after the doctor called the sitting U.S. senator a “moron.”

In a letter to Fauci, Marshall cited a New York Post article in which a Fauci spokesperson was unable to produce the disclosures that Fauci claimed were public. A Forbes article reported that Fauci’s salary, stock, bond purchases and royalty payments for this year and last year are not available to the public.

“As the highest-paid employee in the entire federal government,” Marshall asked, “yes or no, would you be willing to submit to Congress and the public a financial disclosure that includes your past and current investments?”

“I don’t understand why you’re asking me that question,” Fauci replied. “My financial disclosure is public knowledge and has been so for the last 37 years or so, 35 years.”

Following their exchange, Fauci’s mic caught him saying, “What a moron, Jesus Christ!”