New Orleans authorities are searching for an armed suspect captured on surveillance video during a Wednesday hold-up in a convenience store.,

New Orleans authorities are searching for an armed suspect captured on surveillance video during a Wednesday hold-up at a convenience store. 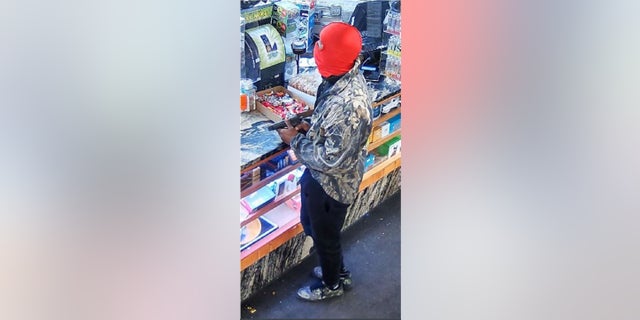 An armed robbery supsect was caught on camera at a store in New Orleans during a Wednesday morning hold-up, police said. (New Orleans Police Department )

The robbery occurred just after 2 a.m, in the 9200 block of Airline Highway, the New Orleans Police Department said.

Footage posted online by the NOPD shows a fully masked suspect armed with a handgun demanding money from a cashier. The cashier complied and the suspect fled on foot.

Images released by the department show the suspect entering the store and holding what appears to be a pistol near a cash register.

He is seen pointing the gun and mouthing something. A man behind the register is seen putting his hands above his head. 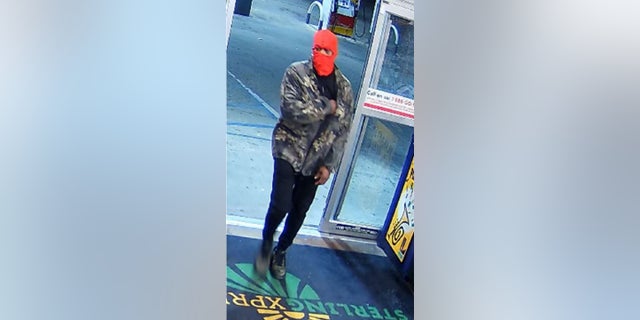 No one was harmed during the robbery.