A Detroit sex offender who cut off his GPS monitor after being released from prison two months before he sexually assaulted a woman at gunpoint was captured after the victim came forward, authorities said.,

A Detroit sex offender who cut off his GPS monitor after being paroled two months before he allegedly sexually assaulted a woman at gunpoint was captured after the victim came forward, authorities said.

Junell Mobley, 42, was released from prison in October with a GPS tether, which he eventually cut off, the Wayne County Sheriff’s Office told Fox News. On Dec. 28, he allegedly violated a 28-year-old woman after dragging her to a secluded area at gunpoint, authorities said. Online records show Mobley has several prior convictions. He was convicted in 2007 for aggravated indecent exposure, first-degree criminal sexual conduct on a child under 13 in 2002 and a conviction for and solicitation of a homicide, according to the state Department of Corrections.

Detroit police released an image of a sexual assault suspect in December who allegedly violated a woman at gunpoint. (Detroit Police Department )

He allegedly robbed her afterward. The victim reported the incident to the police.

Investigators retraced her steps and released surveillance images of the suspect, which led them to Mobley. 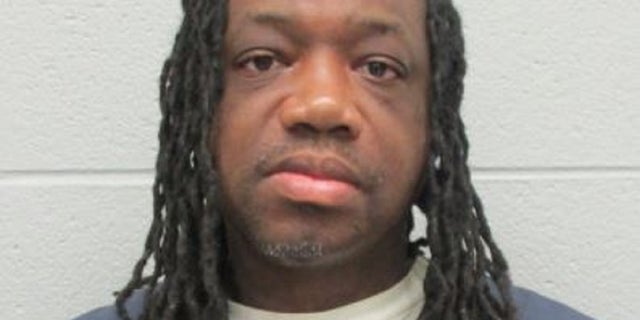 Fox News has reached out to the Detroit Police Department and Wayne County Sheriff’s Department.

Mobley is being held in the Wayne County jail on $1 million bond, according to jail records.