A professor at Ferris State University in Michigan has been placed on administrative leave after allegedly telling students that they are “vectors of disease” in a course video to students posted on YouTube,

A professor at Ferris State University in Michigan has been placed on administrative leave after telling students that they are “vectors of disease” in a course video to students.

The video, posted to YouTube by Ferris State University History Professor Barry Mehler on Jan. 9, shows him greeting students while wearing a mask and what appears to be a space helmet.

Mehler told students that “civilization is collapsing” and “life on your planet is going extinct,” before telling students that they are “vectors of disease.”

“You people are just vectors of disease to me and I don’t want to be anywhere near you, so keep your f–king distance. If you want to talk to me, come to my zoom,” Mehler said. 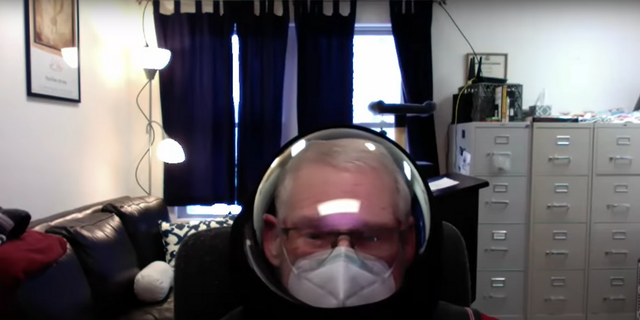 Mehler also told students that he is beholden to “no human c–ksucker” and has a “paying f–king union job.”

I stand before you today beholden to no human c–sucker and working a paying f–king union job and no limber d–k of an administrator is going to tell me how to teach my classes because I’m a f–king tenured professor,” Mehler said.

He had a message for students who wanted to file a complaint with their dean: “F–k you.”

“If you want to go complain to your dean, f–k you, go ahead, I’m retiring at the end of this year and I couldn’t give a flying f–k any longer,” Mehler said.

He later said that the speech he gave was adapted from an episode form HBO’s Deadwood and used it to address the issue of plagiarism.

Mehler also told students in the video that they have “no control” over their grades.

“You don’t have a thing to worry about, because there’s absolutely nothing you can do, you have no control over your grade. It doesn’t matter how f–king hard you work or how great your grades are. My grading system is based on the Calvinist doctrine of predestination.” 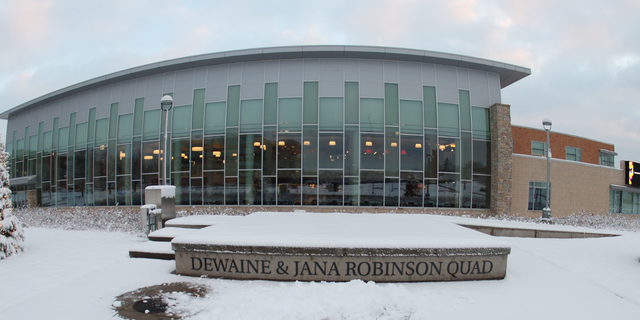 “I figure if it was good enough for America, it’s good enough for me. The Indians didn’t lose because they failed. They tried everything and nothing worked, because the universe doesn’t give a sh-t about justice, it’s all predestination, and you all are predestined to lose just like the Indians,” he added.

Prior to this, Mehler said that American capitalism used the Native American’s concept of smoking and turned it into a profit.

“So, don’t believe all the hype that you hear about smoking being bad for you. Native Americans have been smoking the sacred leaves for thousands of years. After we arrived, they introduced it to us and we turned around and marketed it to the world. I bet you never thought of it, but people, all over the world smoke cigarettes and we did that. It was one of the greatest accomplishments of American capitalism,” Mehler said. “The Indians always thought it was holy, sacred, meant to be shared on special occasions, and we saw it as a marketing venture an opportunity, a way to make huge profits off of an addictive product that would eventually kill you. Pure capitalism, turning death into profit.”

The professor added that he does “randomly assign grades before the first day of class,” and told students that he will wear the space helmet to class.

“I don’t want to know sh-t about you, I don’t even want to know your name. I just look at the number and I assign a grade. That’s how predestination works. And don’t come f–king complaining to me, take your complaints to God. He ordained this system, not me.”

Mehler told students that they can come to class if they “don’t give a sh-t about whether grandpa lives or dies.”

“When I look out at a classroom filled with 50 students, I see 50 selfish kids who don’t give a sh-t whether grandpa lives or dies. And if you won’t expose your grandpa to a possible infection with COVID then stay the f–k away from me,” he said. 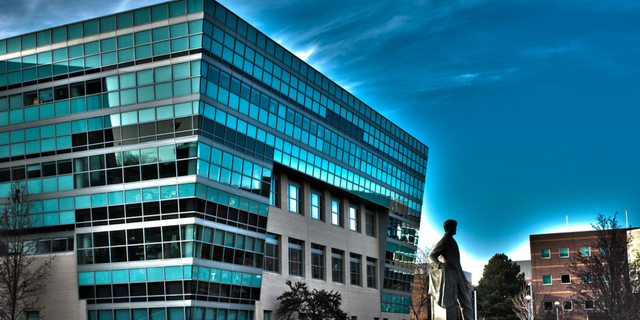 A spokesperson for Ferris State University told Fox News Digital that Mehler has been placed on administrative leave pending the outcome of an investigation.

Ferris President David Eisler also said that he was “shocked and appalled” when viewing the video.

“I was shocked and appalled by this video. It is profane, offensive and disturbing and in no way reflects our University or its values,” Eisler said.

Fox News Digital has reached out to Mehler, but has not received a response.