McConnell torched the president from the Senate floor on Wednesday, calling Biden’s speech “deliberately divisive” and one that was “designed to pull our country further apart.”, 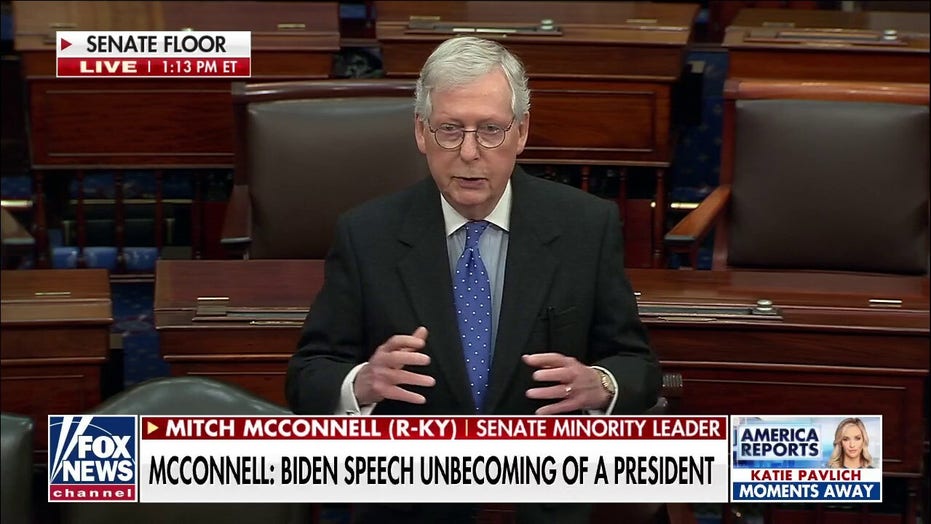 McConnell torched the president from the Senate floor on Wednesday, tearing into Biden over his widely panned speech, calling it a “deliberately divisive” and one that was “designed to pull our country further apart.”

The top Senate Republican said Biden “called millions of Americans his domestic enemies” in the speech and “shouted that if you disagree with him, you’re George Wallace.”

MSNBC’S AL SHARPTON: BIDEN’S VOTING ADDRESS WAS A ‘YOU’RE GOING TO HELL’ SPEECH, NOT A VOTE-GETTING ONE 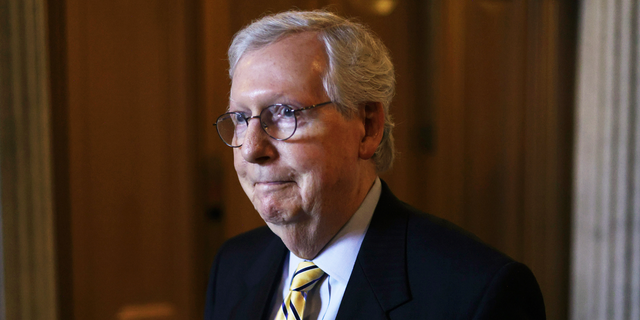 McConnell also slammed Biden for invoking the Civil War “to demonize Americans who disagree with him” and pointed out that the president compared “a bipartisan majority of senators to literal traitors.”

“How profoundly, profoundly unpresidential,” McConnell said. “Look, I’ve known, liked and personally respected Joe Biden for many years. I did not recognize the man at the podium yesterday.”

“A president shouting that 52 senators and millions of Americans are racist unless he gets whatever he wants is proving exactly why the Framers built the Senate to check his power,” McConnell also said.

The Republican leader also called Biden’s speech a “rant” that was “incoherent, incorrect and beneath his office,” and said the president’s speech on Tuesday was the “perfect case study” as to “how Sen. Biden was right about the filibuster and President Biden is wrong.”

Biden’s speech has not just been knocked by Republicans – progressives have also gone after the president for his speech.

MSNBC commentator Al Sharpton also blasted Biden’s speech, calling it a “you’re going to hell” speech rather than one that would get voters’ support.

Sharpton, a liberal activist in addition to his weekend hosting duties on MSNBC, was on hand for Biden’s Atlanta address, where the president framed the debate over Democratic election overhauls in stark terms: Either you were with reviled figures like segregationist Gov. George Wallace and Confederate President Jefferson Davis, or on the side of civil rights leaders Martin Luther King Jr. and the late John Lewis, whom one of the proposed Democratic voting bills is named after.