Lindsey Vonn opens up about her depression battle: ‘I realized something was really wrong’

Lindsey Vonn, who retired from racing in 2019, is detailing her battle with depression in a new book titled “Rise.”,

Lindsey Vonn was ready to rise up after her mental health was going downhill.

The 37-year-old is the most successful female ski racer of all time with 82 World Cup victories. But these days, she’s celebrating a new triumph. After going public with her decades-long battle with depression in 2012, she’s written a memoir about her struggles behind closed doors and how she was determined to stay on top.

The Olympic medalist’s new book, titled “Rise: My Story,” explores the trials she faced, even after she retired. It takes a deep dive into how Vonn sought help to feel empowered both on and off the mountain. 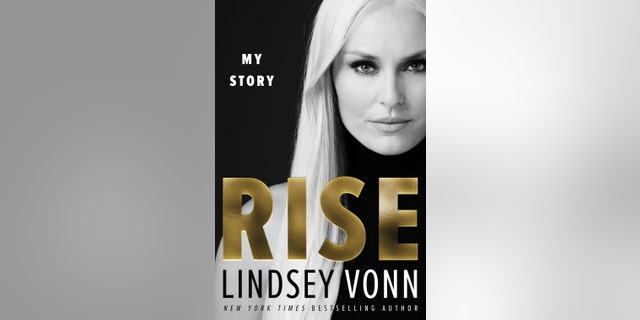 Vonn spoke to Fox News about why she’s coming forward with her story now, how she chose to face depression, how she coped with the media scrutiny, as well as what her life is really like today.

LINDSEY VONN RECALLS STRUGGLING WITH HER BODY IMAGE AFTER WINNING THE OLYMPICS: ‘I HAD A REALLY HARD TIME’

Fox News: What inspired you to write your memoir “Rise” now?
Lindsey Vonn: Skiing has always been a part of who I am, I’ve skied all my life and never thought of it as a job because I love it so much. So when I retired from the sport in 2019, I of course had my own emotional struggles with the transition.

I decided to write my memoir “Rise” as a way to tell my story and reflect on the journey my skiing career took me on. The writing process proved to be very therapeutic in preparing me for this next phase in my life. I’m so appreciative of everything I’ve been through and I’m excited about what’s to come. 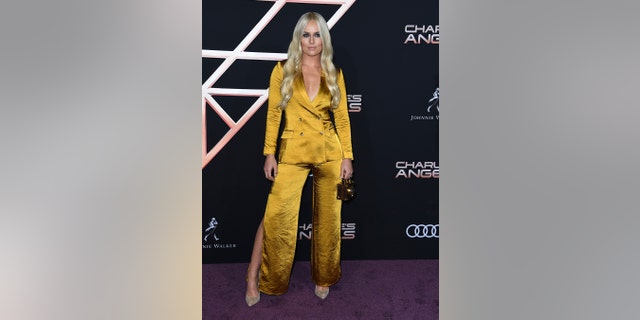 Lindsey Vonn retired from racing in 2019. (Photo by Steve Granitz/WireImage)

Fox News: Could you recall that moment when you realized you needed to get help for your depression? What was that wake-up call like for you?
Vonn: For me, it was when I started struggling to get out of bed and not going to the gym. Fitness and staying in shape have always been very important for me so when I started feeling that I would rather stay in bed than start my daily routine, I realized something was really wrong. I was starting to care less about training for my lifelong goals, so I knew I had to get help.

Fox News: What are some misconceptions you feel people still have about depression?
Vonn: It’s so great to see how far we’ve come as a society over the past decade in talking about mental health, anxiety, and depression. The U.S. has definitely come a long way, but from personal experience competing around the world, there is still a huge stigma surrounding mental health in other countries and there’s a long way to go.

Fox News: Athletes are usually comfortable being around doctors due to sports-related injuries and physical therapies. However, why did the idea of speaking to a psychologist initially feel like “an additional layer of embarrassment?”
Vonn: At the time that I was competing, there were still so many negative connotations surrounding depression and anxiety. I do think it’s true that the hardest part about struggling with these things is admitting there’s something wrong in the first place. I’m happy I got the help I needed, and I hope my coming forward about my personal experiences will help people with their own insecurities about mental health. It’s OK to not be OK sometimes, and it’s OK to admit that and ask for help. 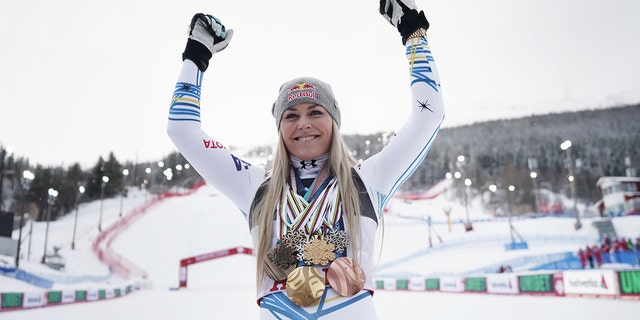 Lindsey Vonn from the USA with all the medals she has won in her career, circa 2019. (Michael Kappeler/picture alliance via Getty Images)

I remember competing in Europe only a few years ago after going public with my struggles with depression and having reporters ask me if I was still on medication. There are still negative perceptions out there regarding seeking professional help as if going through hard times in your life and feeling bad about it is something to be ashamed of… This is why I think continuing to normalize these conversations is so important – we all have ups and downs.

Fox News: How nervous were you to go public with your depression?
Vonn: It was definitely nerve-wracking to come forward with my struggles with depression, but I knew I had to do it. I was going through a lot at that time and I felt that in order to take the weight off my shoulders I needed to confront and be open about certain parts of my life.

Depression and anxiety is a serious thing to deal with, but it’s not uncommon. A lot of people out there are affected by it. I was warned that it would ruin my career, but my motivation to speak out was a personal decision; I also hoped it would help others. When I finally came forward it didn’t end my career, but it did make me a much stronger person and I’m glad I did it. 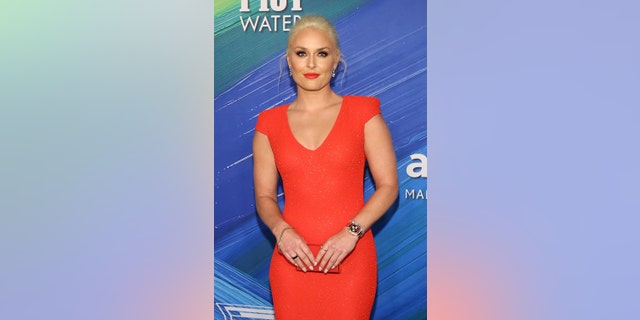 “When I retired almost three years ago, it wasn’t because I was ready to stop racing,” Lindsey Vonn previously shared in late 2021. “It was because my body gave out. My surgically repaired knees couldn’t handle the strains of hurling myself down the mountain at 80 mph.” (Taylor Hill/WireImage)

Fox News: When did you feel depression would affect you the most and why?
Vonn: I felt that depression would make me weak because it was admitting I wasn’t strong in all ways. That was not the case but that’s what I thought when I was going through it. I faced it on my own but when I did end up talking about it publicly, years later, it was so much easier to handle. Having the support of friends and family, as well as a therapist, makes the battle that much easier.

Fox News: As a female athlete, does it ever get frustrating whenever there’s more focus on your appearance versus your talent and drive?
Vonn: Of course, it’s frustrating when women are scrutinized and picked apart for things never discussed with men. Comments about my appearance, my weight, or my attitude made me angry, but I was able to turn it into fuel when I competed. Negativity from others actually motivated me to get out there and prove people wrong – like opinions about the fact that I wore makeup when I raced obviously proved to be irrelevant when I was standing on a podium with a gold medal.

Fox News: In your book, you described how growing up, you had a few coaches who were “harsh and blunt” when it came to fitness. How did this impact the way you saw and accepted your body in the later years?
Vonn: Like anyone else, I’ve had my issues with body confidence. While I had tough coaches over the years, my insecurities with my physical appearance were actually the worst after my initial success at the Olympics. For the first time in my life, I was being invited to many Hollywood parties and events. It was hard not to compare myself to all of the beautiful women there. I felt like I stood out because I’m different and muscular. 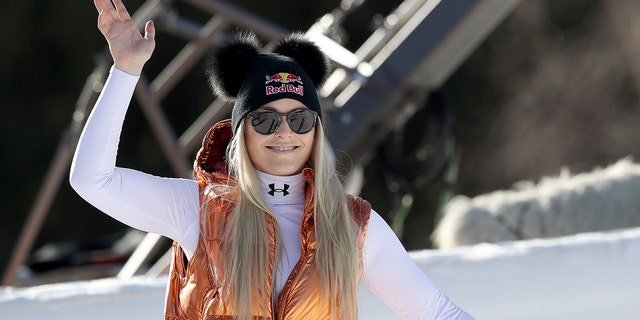 Fox News: How are you feeling today?
Vonn: I’m feeling great, probably the best I have ever felt! Personally, I am in a great place and professionally, I’m looking forward to all of my upcoming projects and business ventures [this year].

Fox News: What’s the secret behind your self-confidence today? Or, on days when you don’t feel great, what do you do to give yourself that much-needed boost?
Vonn: Building my self-confidence has taken a lot of work, but it’s developed over time through different life experiences and hurdles. I’ve learned to prioritize what and who is important to me. I’ve created routines and habits around those priorities in my day today.

I take care of my mental health and pay attention to what I’m feeling. I like to stay busy. On days when I need a boost, I lean on the people in my life that I’m close to. I’ve learned to keep people around me that make me feel good about myself and lift me up. I’ve been lucky enough to have the best support system surrounding me. 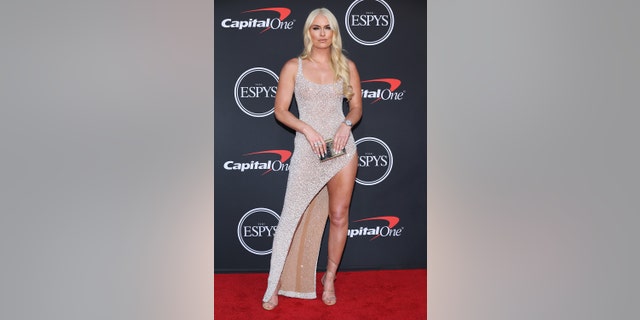 Lindsey Vonn admitted it was difficult at times when faced with media scrutiny over her appearance. (Phillip Faraone/FilmMagic)

Fox News: What did it feel like to finally retire?
Vonn: It was a mix of emotions. In some ways, it was an easy decision to make because after suffering so many injuries, my body just couldn’t keep going. But it was really sad. It was the end of an era for me because this is the sport that I love. I feel so much gratitude for my skiing career.

The pandemic allowed me some downtime to process everything and focus on what I want to do next. I’ve been hard at work in so many areas and I’m diving into being a full-time businesswoman. I really want to grow my charitable organization, The Lindsey Vonn Foundation, over the next few years. My focus is to provide scholarships and programming to give kids the tools they need to reach their goals and discover their grit within.

Fox News: What’s your take on today’s cancel culture? Are you afraid of speaking out on specific topics out of fear that you would get “canceled?”
Vonn: I think there are positives and negatives that come from this. I think that I have always stayed true to my morals and values, so I was never afraid of getting canceled. But topics like politics have always been tough, especially for athletes. 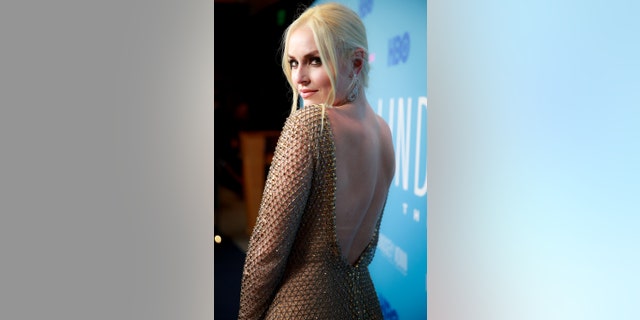 Fox News: What do you hope readers will get from your story?
Vonn: I decided to write this memoir because it was important for me to reflect on my career and what I’ve been through. Getting to the top has come with more than my share of obstacles and adversities, but it has made me a stronger person.

I think everyone’s life is like that in some aspect and that anyone that reads the book can relate. I hope my story will help them with their own adversities and also inspires them to chase their dreams in spite of the hard times they may face.