Millie, a 2-year-old pet cat, was reunited with her family after disappearing last June.,

This cat definitely has nine lives.

A family in England thought their beloved pet cat was lost for good after it had gotten loose at a rest stop during a road trip. While the family spent several hours looking for the cat, they eventually had to hit the road. 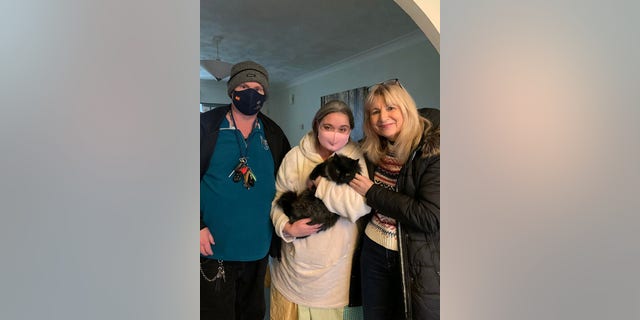 Millie, a 2-year-old pet cat, was reunited with her family after disappearing last June. (SWNS)

Amazingly, seven months later, the family received a message that their cat had been found. Apparently, the cat had been living near the rest stop this entire time.

Shaun Ore and Pauline Dearing told Southwest News Service (SWNS) that their 2-year-old cat Millie had jumped out of her basket last June. The family had stopped at the Gloucester Services rest stop during a road. After spending nine hours looking for Millie, they eventually had to give up. 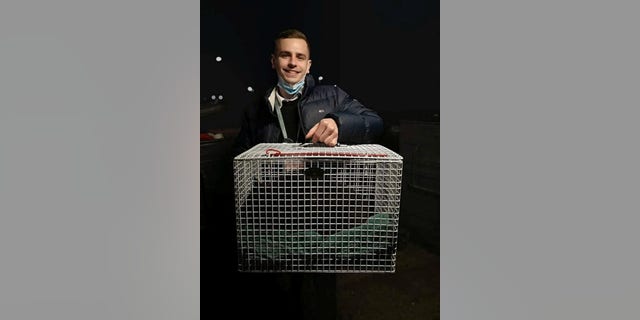 A worker at the rest stop helped catch the cat by luring her with some food. (SWNS)

“It was devastating, to be honest, I didn’t want to leave,” Ore told SWNS. “I went back up a few times, I took her favorite treats and I had something of Pauline’s.”

He said that Millie not being around, “wasn’t the same, you’re used to having something there day and night and then suddenly something had left.”

Dearing said, “We got Millie for a bit of companionship and something to cuddle. After she disappeared it affected us all to be quite frank. We didn’t think we’d ever see her again because she was feral.” 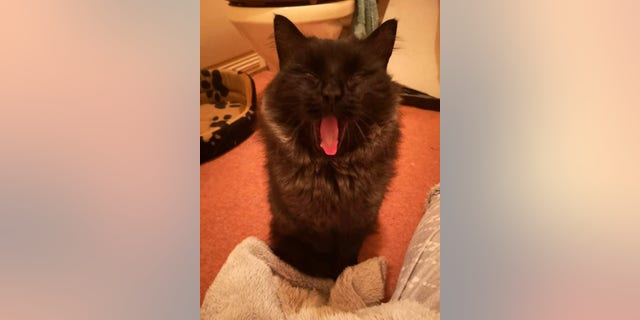 Millie has been returned home and is rediscovering all of her favorite places to nap. (SWNS)

Workers at the station reported seeing a cat that matched Millie’s description a few times, but none of them were able to get close to the cat.

Just recently, however, a manager at the station was able to lure the cat with some food, and it was trapped by a worker at a local animal shelter. When the cat’s tag was scanned, it was confirmed to be Millie.

The cat has since been returned to her home. According to Ore and Dearing, Millie definitely remembers the home and has rediscovered all of her favorite napping locations in the house.

“I was a bit wary if she might bite but she was normal when she saw us, she’s gone back to her old sort of ways,” Ore said. “To survive on the M5 is just amazing.”