Chinese cities lock down ahead of Olympics to stop COVID, 20 million people confined to homes

About 20 million people in China are currently locked down in response to the coronavirus, 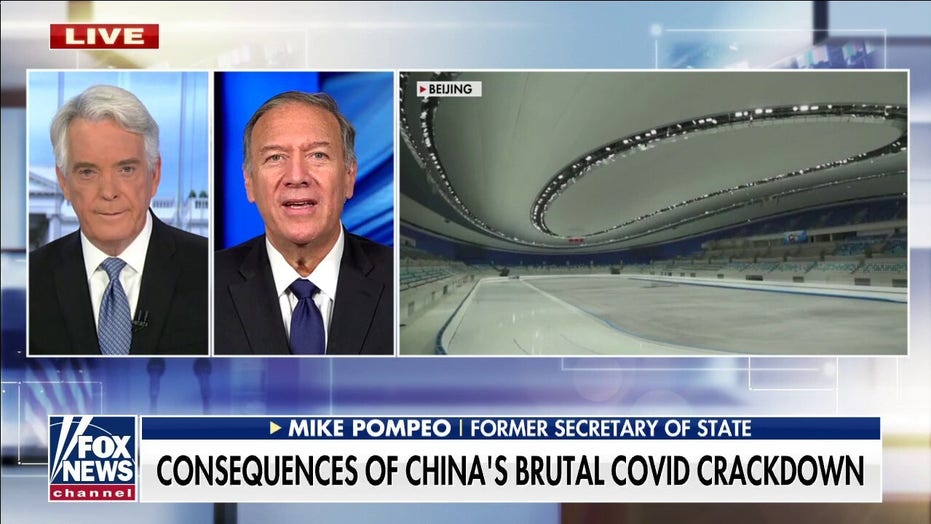 Chinese cities are going on lockdown in response to positive coronavirus tests, with one city aiming to test 14 million people over a 48-hour span.

Residents of the port city of Tianjin, where 14 million people live, are advised to stay home until they are tested, BBC reported Monday. People will only be allowed to ride public transportation until after they receive a negative test.

The city is aiming to test its residents over 48 hours after a cluster of 20 people tested positive, including two with the omicron variant of the virus.

Three other cities, Anyang, Xi’an and Yuzhou are locked down as of Tuesday, leaving about 20 million people confined to their homes. 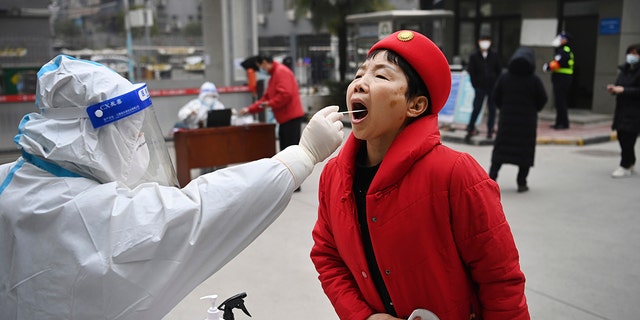 In this photo released by China’s Xinhua News Agency, a worker wearing protective gear gives a COVID-19 test to a woman at a testing site in Xi’an in northwestern China’s Shaanxi Province, Tuesday, Jan. 4, 2022. China is reporting a major drop in local COVID-19 infections in the northern city of Xi’an, which has been under a tight lockdown for the past two weeks. (Tao Ming/Xinhua via AP) (Tao Ming/Xinhua via AP)

The lockdown of Anyang, home to 5.5 million people, was announced late Monday after two cases of the omicron variant were reported. Residents are not allowed to go out and stores have been ordered shut except those selling necessities.

Another 13 million people have been locked down in Xi’an for nearly three weeks, and 1.1 million more in Yuzhou for more than a week. It wasn’t clear how long the lockdown of Anyang would last, as it was announced as a measure to facilitate mass testing of residents, which is standard procedure in China’s strategy of identifying and isolating infected people. 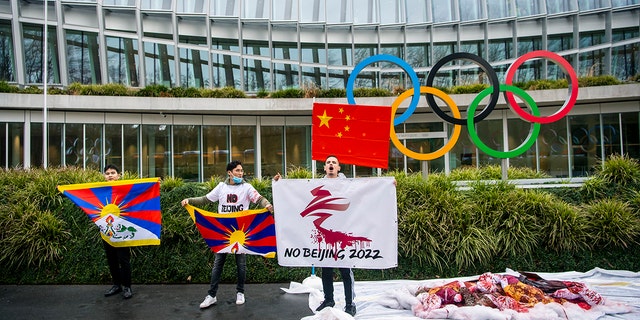 Protesters hold Tibetan flags during a protest against Beijing 2022 Winter Olympics by activists of the Tibetan Youth Association in Europe, in front of the International Olympic Committee, IOC, headquarters in Lausanne, Switzerland, Wednesday, Feb. 3, 2021. A coalition of 180 rights groups is calling for a boycott of next year’s Beijing Winter Olympics tied to reported human rights abuses in China. The games are to open on February 4, 2022. The coalition is made up of groups representing Tibetans, Uighurs, Inner Mongolians and others. The group has issued an open letter to governments calling for a boycott of the Olympics “to ensure they are not used to embolden the Chinese government’s appalling rights abuses and crackdowns on dissent.” (Jean-Christophe Bott/Keystone via AP)

BIDEN ADMINISTRATION WILL NOT SEND ANY OFFICIAL REPRESENTATION TO 2022 WINTER OLYMPICS IN BEIJING, PSAKI SAYS

China is aiming to achieve a zero-COVID policy, which comes as the nation’s capital prepares to host the Olympics next month. Organizers launched a “closed loop” operation in Beijing, where participants can only leave the bubble to quarantine or if they are also leaving the country.

The country is also preparing to celebrate the Lunar New Year on Feb. 1, when people typically travel.

The Associated Press contributed to this story.