Mike Rowe sits down with Tucker Carlson to discuss the “Dirty Jobs” and how he got started highlighting the forgotten blue-collar workers of America nearly two decades ago.,

The recognizable face and distinct voice of Emmy-award–winning TV host Mike Rowe, known for taking on some of the most difficult and unglamorous tasks on “Dirty Jobs,” joined Tucker Carlson on Fox Nation to discuss the show’s reboot and how he got started highlighting the forgotten blue-collar workers of America nearly two decades ago.

Rowe described growing up in a Baltimore community next door to his grandfather, who dropped out of school in the seventh grade only to become a “master electrician” and skilled craftsman by the time he was 30.

“He was one of those geniuses who could take your watch apart blindfolded and put it back together, fix anything, build anything,” Rowe recalled in Monday’s episode of “Tucker Carlson Today.” “He was a magician, and I kind of grew up in his shadow with my mom and dad.”

But Rowe learned quickly that he did not inherit the natural gift of working with his hands as he had hoped.

“The handy gene, as you may have noticed, is recessive. And as certain as I was that I would follow in his footsteps, I just didn’t get the skills. So I got into entertainment,” he said. 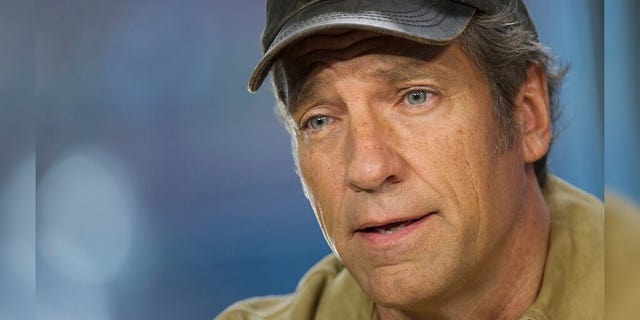 After bouncing between jobs as a singer in the Baltimore Opera for eight years, selling products to late-night QVC watchers followed by roughly 200 freelance jobs with various networks, Rowe, then 40, found himself the host of CBS’ “Evening Magazine,” which he described as a nightly half-hour “little piece of fluff” segment.

It was during that time that he received the call that drastically altered the trajectory of his career.

“I’m in my cubicle, and my mother calls me, and she says, Michael, your grandfather is 90 years old…and she said he’s not going to live forever. Wouldn’t it be great if before he died, he could turn the TV on and see you doing something that looks like work?” he recalled.

While “devastated,” Rowe said his mother’s words resonated deeply. The next day, he and his cameraman ventured into the sewers of San Francisco where he profiled an inspector, marking the organic beginning of what eventually turned into “Dirty Jobs.” 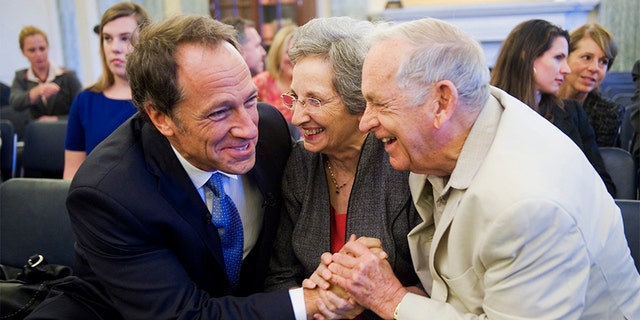 Mike Rowe, left, producer and host of Discovery Channel’s “Dirty Jobs,” shares a laugh with his parents John and Peggy Rowe, of Perry Hall, Md., before Mike testified at a Senate Commerce, Science, and Transportation Committee hearing in Russell Building entitled “Manufacturing Our Way to a Stronger Economy.” (Photo By Tom Williams/Roll Call )

“‘Evening’ [Magazine] could be hosted anywhere, and I figured, well, you know what? My pop will get a kick out of seeing me host a show from a sewer because he’d been in a few and why not?”

After airing the footage days later, Rowe said he got “hundreds of letters from people who loved it, not because they enjoyed me necessarily, but people who said, ‘Man, if that’s what you’re going to do, you should meet my brother, my uncle, my cousin, my sister, my mom, my dad, my aunt. Wait until you see what they do.'”

“And in that moment, I knew that what we had just done was not being done on TV,” he added. “And that there was a massive underserved audience, and that there was maybe a chance to take reality TV and let it live up to its name.”

Fox Nation programs are viewable on-demand and from your mobile device app, but only for Fox Nation subscribers. Go to Fox Nation to start a free trial and watch the extensive library from your favorite Fox News personalities.