Bryan Adams, the fully vaccinated Canadian rocker, took to social media Thursday to announce that he has been diagnosed with COVID-19 for the second time in a month while visiting Italy to promote a new calendar.,

Bryan Adams, the fully vaccinated Canadian rocker, took to social media Thursday to announce that he has been diagnosed with COVID-19 for the second time in a month while visiting Italy to promote a new calendar.

“Here I am, just arrived in Milano, and I’ve tested positive for the second time in a month for Covid,” he posted on his Instagram account. “So it’s off to the hospital for me.” 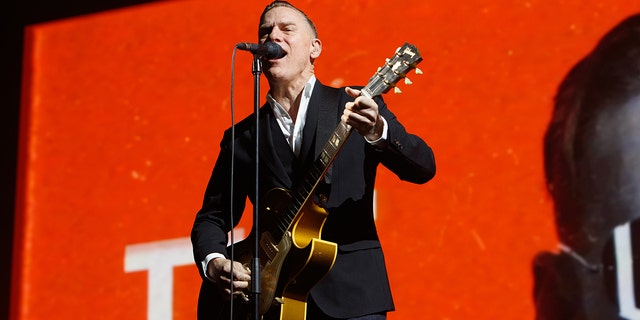 Bryan Adams performs at The SSE Wembley Arena on February 27, 2019 in London. (Photo by Burak Cingi/Redferns)

Adams, who is also a photographer, has shot the 2022 Pirelli calendar. Adams was expected to appear at in-person press events promoting the calendar Sunday and Monday. The singer was headed to a nearby hospital for a more reliable PCR test, the Associated Press reported. The 60-year-old singer was seen seated normally in the back of the ambulance.

Bryan Adams stands in front of the picture “Karen on a dolly” in his 2018 exhibition in the gallery Camera Work. (Photo by Jens Kalaene/picture alliance via Getty Images)

In May 2020, the singer drew some online criticism with a post about the possible origins of the virus.

“Tonight was supposed to be the beginning of a tenancy of gigs at the @royalalberthall, but thanks to some fu—– bat eating, wet market animal selling, virus making greedy bastards, the whole world is now on hold,” Adams wrote. “My message to them other than ‘thanks a fu—– lot’ is go vegan.”

He later issued an apology for his words in another video posted on Instagram. The 60-year-old said, “Apologies to any and all that took offence [sic] to my posting yesterday.