Washington Post columnist Max Boot is attempting to downplay the significance of the Steele dossier after he spent years giving the infamous memo legitimacy.,

Washington Post columnist Max Boot is attempting to downplay the significance of the Steele dossier after he spent years giving the infamous memo legitimacy.

Amid revelations from the ongoing Durham probe that continue to discredit the dossier that helped fuel the Russia collusion narrative during the Trump presidency, Boot penned a piece titled, “Even if the Steele dossier is discredited, there’s plenty of evidence of Trump’s collusion with Russia,” saying claims the narrative was phony “won’t fly.”

“The Steele dossier is a sideshow,” Boot wrote Thursday. “Like many raw intelligence reports, it was full of uncorroborated information — a lot of which doesn’t check out. But the Steele dossier did not launch the FBI investigation into Russian interference in the 2016 U.S. election, and discrediting it does not undermine the evidence that the Kremlin helped Trump win the election with his campaign’s eager encouragement and cooperation. You can debate whether this constituted ‘collusion,’ a word with no legal definition. You can’t deny that there was extensive collaboration — at least not without resorting to bald-faced lies.”

“The Steele dossier might be tarnished, but the evidence of collusion — or, if you prefer, collaboration — remains as damning as ever,” Boot later added. 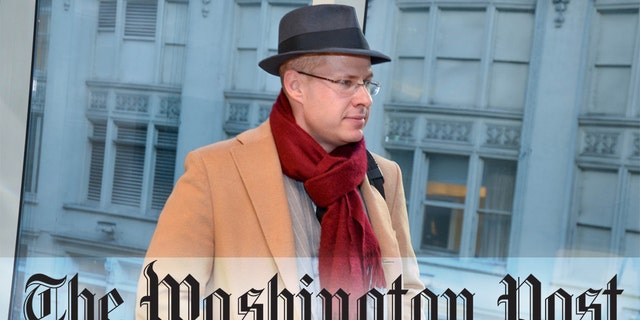 Military historian Max Boot visits the Muse team at Bloomberg world headquarters in New York, U.S., on Wednesday, Jan. 23, 2013. He quotes Garibaldi as a favorite character, whose conquests were not about power, but about people. Photographer: Amanda Gordon/Bloomberg via Getty Images

Boot referred to the Steele dossier as a “sideshow” in October 2017, but he did not treat it that way.

“More evidence that dossier on Russia-Trump links are considered credible by FBI,” Boot tweeted in February 2017.

In March 2018, Boot wrote, “Trump’s unwillingness to criticize Putin makes you wonder what hold the Kremlin has over him; the Steele dossier looks more credible all the time.”

Much of the media have begun revisiting its reporting of the Steele dossier following revelations from the Igor Danchenko indictment that significantly undercut its credibility.

Even Boot’s own paper issued multiple corrections on its past reporting that had allegedly corroborated details in the dossier, adding editor’s notes to at least 14 reports.

“What happened in this case was that the reporters involved, the minute that this indictment came out, pretty much came to us immediately,” Buzbee said in a recent interview. “I think we all kind of probably reached a conclusion at the same point. And we decided that we needed to do further reporting. The reporters were completely ethical. They came forward. They said, ‘Hey, this indictment came down. We need to go back and look at that story.'”

“So we did reporting and then we essentially sat around in a room, and we talked it through. What was the most transparent and what was the most ethical thing for us to do? And obviously, I make the decision, but it was a really collaborative and thoughtful exercise to go through. And we made the decision together to do what I hope is the right thing,” Buzbee added.