Seattle Seahawks wide receiver D.K. Metcalf admitted Thursday he still has room to grow days after he was ejected from the team’s loss against the Green Bay Packers.,

Seattle Seahawks star receiver DK Metcalf admitted Thursday that he needs to “grow up,” days after being ejected during the team’s loss to the Green Bay Packers.

Metcalf grabbed two Green Bay players’ facemasks as the team was getting shut out Sunday. He’s had a few days to collect his thoughts while the Seahawks prepare to play the Arizona Cardinals this weekend. 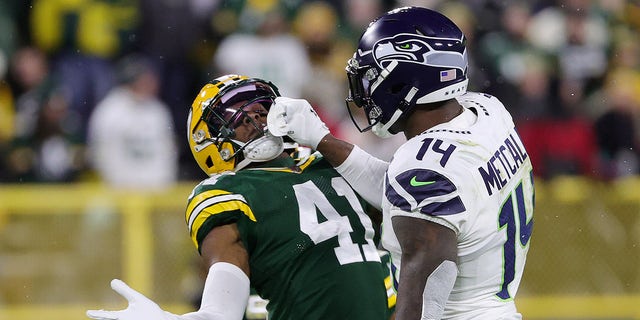 GREEN BAY, WISCONSIN – NOVEMBER 14: Henry Black #41 of the Green Bay Packers and DK Metcalf #14 of the Seattle Seahawks get into an altercation during the fourth quarter at Lambeau Field on November 14, 2021 in Green Bay, Wisconsin.
(Stacy Revere/Getty Images)

“I think I’ve had an outburst three times this year, so we’ve talked three times,” he said of his conversations with coach Pete Carroll, via ESPN. “The conversation has always gotten better. I’m a passionate player. I’m never going to back down from anything. He understands that, but at the same time, I’m starting to become a leader on this team, and I’ve got to grow up and continue to get better.

“I know I’m still a work in progress. I don’t like to use my age as an excuse, but I sometimes forget that I’m just 23 years old. So continue just to grow each day, and mistakes are going to get fixed.”

Metcalf initially said after the Packers game that his ejection stemmed from his frustration over losing. 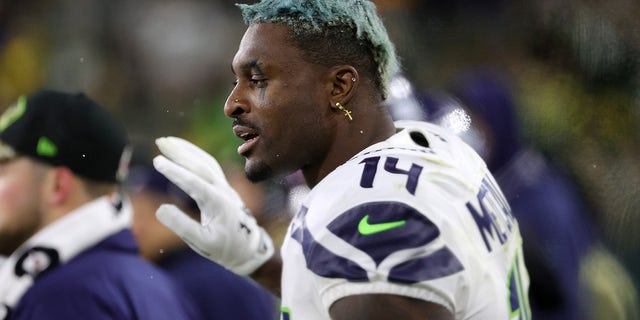 GREEN BAY, WISCONSIN – NOVEMBER 14: DK Metcalf #14 of the Seattle Seahawks reacts against the Green Bay Packers during the second half at Lambeau Field on November 14, 2021 in Green Bay, Wisconsin.
(Stacy Revere/Getty Images)

“Growing up is … making the best decision for the team and not myself,” he said Thursday. 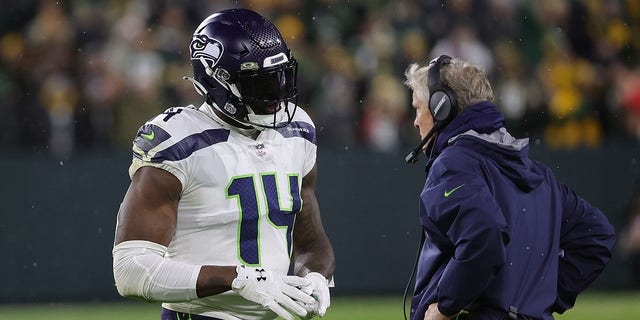 GREEN BAY, WISCONSIN – NOVEMBER 14: DK Metcalf #14 of the Seattle Seahawks is ejected from the game following an altercation during a game against the Green Bay Packers at Lambeau Field on November 14, 2021 in Green Bay, Wisconsin. The Packers defeated the Seahawks 17-0.
(Stacy Revere/Getty Images)

In the Sunday game, Metcalf’s meltdown occurred in the fourth quarter. After being ejected, the third-year receiver tried to get back into the game.

Seattle dropped to 3-6 with the loss.