California BLM supporter accused of driving into crowd had her rights violated during hearing, judge rules

A California supporter of Black Lives Matter had her constitutional rights violated at a recent hearing over whether she should face trial on accusations that she deliberately drove into a crowd of counterprotesters in September 2020, a judge ruled Friday, according to a report.,

A California supporter of Black Lives Matter had her constitutional rights violated at a recent hearing over whether she should face trial on accusations that she deliberately drove into a crowd of counterprotesters in September 2020, a judge ruled Friday, according to a report.

During the hearing, Tatiana Turner’s defense attorney was not given a chance to present witnesses or arguments on Turner’s behalf, Orange County Superior Judge Michael Leversen ruled, according to the Orange County Register.

“The court finds the defendant was denied a substantial constitutional right,” Leversen said, according to the newspaper.

Leversen said his decision should not be interpreted as a judgment on the evidence presented by prosecutors against Turner, the report added.

After the judge’s decision, prosecutors quickly refiled criminal charges against Turner, including attempted murder, mayhem and multiple counts of assault with a deadly weapon, according to the Register. The defendant then entered another not-guilty plea. 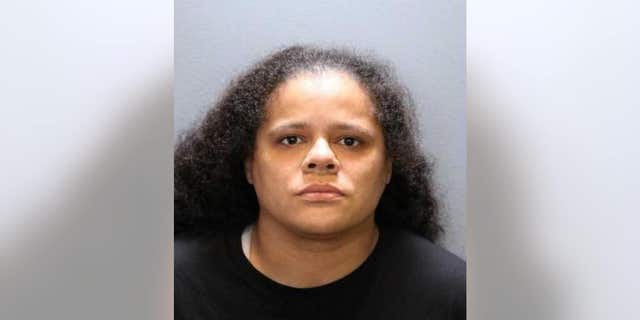 Turner claims her vehicle was surrounded by angry counter-protesters in Yorba Linda, California, on the date in question, and she acted in self-defense by trying to drive away from them, the newspaper reported. But prosecutors accuse her of deliberately striking members of the crowd with her vehicle.

Members of Black Lives Matter were protesting against police brutality and systemic racism, the report said.

Leversen’s ruling means Turner’s defense team will receive another opportunity to convince a different judge that the case against her should not proceed, the Register reported.

Judge Beatriz M.G. Gordon had ruled two months ago that the trial could proceed, the newspaper reported.

Turner is the founder of Caravan 4 Justice, a Long Beach-based group that was participating in the Yorba Linda protest on Sept. 26, 2020.

As two groups of protesters clashed, Turner allegedly got into a Nissan Sentra, and tried to leave the area as a crowd surrounded her vehicle. She allegedly accelerated, stopped, then accelerated again, running over a woman’s head and a man’s leg, the Register reported.

Turner later told a 911 dispatcher that some people pulled guns on her, but Orange County sheriff’s deputies later testified that no guns were visible during the incident.

Dom Calicchio is a Senior Editor at FoxNews.com. Reach him at dom.calicchio@foxnews.com. Follow him on Twitter @DomCalicchioFOX