Survivor Series 2021: What to know about the WWE PPV

Survivor Series, one of WWE’s premier events, is back in front of a live audience after the coronavirus pandemic forced fans to stay home and watch from the comfort of their own homes.,

One of WWE‘s premier events is back in front of a live audience after the coronavirus pandemic forced fans to stay home and watch from the comfort of their own homes.

Survivor Series will take place at the Barclays Center in Brooklyn on Sunday with some of the top stars on both the Raw and SmackDown brands in action against each other. 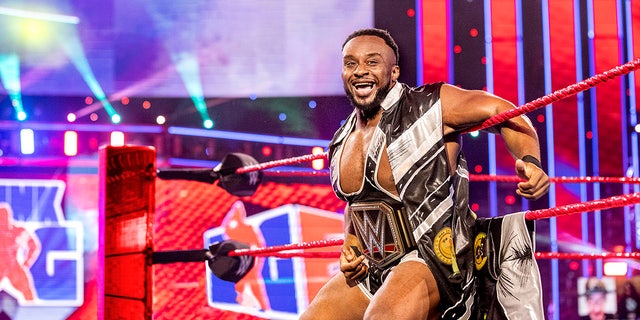 Last year’s Survivor Series was in the Amway Center in Orlando, Florida, as the company continued to do shows during the pandemic. The event celebrated the 30th anniversary of The Undertaker’s WWE debut. The pay-per-view featured two traditional Survivor Series elimination matchups as the Raw men’s and women’s teams reigned supreme over the SmackDown teams. Raw won four out of the seven brand vs. brand matchups.

Read below to find out how to watch Survivor Series this year and the matches that are on the card. 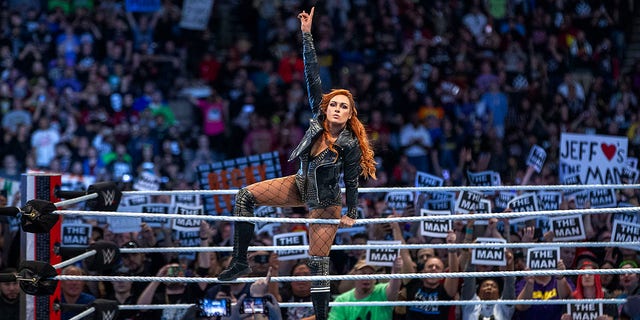 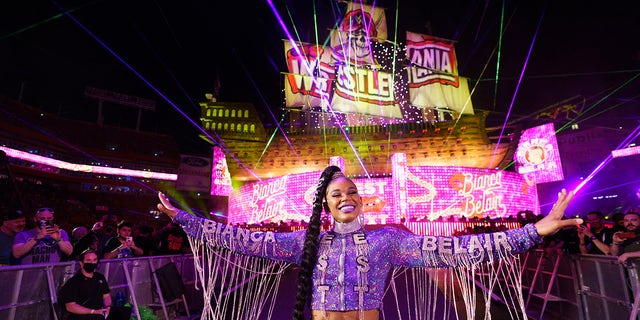 On the women’s side, the 5-on-5 traditional Survivor Series-style elimination match will feature wrestlers from Raw and SmackDown going up against each other. Team Raw will feature Bianca Belair, Rhea Ripley, Liv Morgan, Carmella and Queen Zelina. Team SmackDown will feature Sasha Banks, Shayna Baszler, Shotzki, Natalya and Toni Storm. 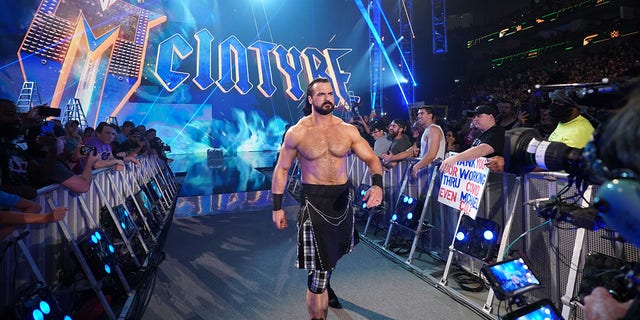 Drew McIntyre is the leader for Team SmackDown.
(WWE)

On the men’s side, the 5-on-5 traditional Survivor Series-style elimination match will feature wrestlers from Raw and SmackDown going up against each other. Team Raw will feature Seth Rollins, Finn Balor, Kevin Owens, Bobby Lashley and Austin Theory. Team SmackDown will feature Drew McIntyre, Jeff Hardy, King Xavier Woods and Happy Corbin with one more mystery partner set to be determined. 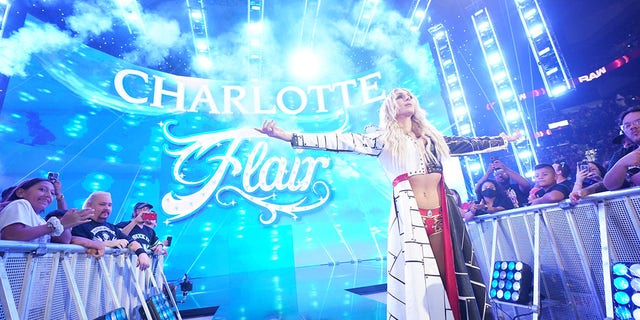 Charlotte Flair has been feuding with Becky Lynch since the two swapped brands and titles.
(WWE)

Becky Lynch and Charlotte Flair will settle the score in their singles match. Lynch, the Raw women’s champion, and Flair, the SmackDown women’s champion, have been feuding since the two were forced to switch championships following the WWE Draft. Since then, the two competitors have had a war of words and it will culminate in their PPV fight on Sunday.

The match between Damien Priest and Shinsuke Nakamura could very well determine who leaves Brooklyn with brand supremacy. Priest is the United States champion and Nakamura is the Intercontinental champion. Both competitors are among the top in the WWE.

RK-Bro and The Usos will battle to determine who the best tag team in WWE is. Matt Riddle and Randy Orton won their Raw tag-team titles at SummerSlam and will have to face one of the most dominant teams in recent memory in Jey and Jimmy Uso – the SmackDown champions. The Usos have been the tag-team champions since Money in the Bank. 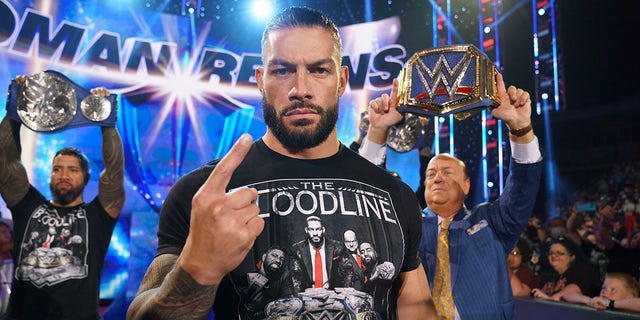 Roman Reigns is the leader of The Bloodline.
(WWE)

Big E and Roman Reigns will do battle to see who the top champion in the company is. The two have feuded in recent weeks leading up to Survivor Series. While Big E has had to deal with being drafted to Raw and the breakup of the New Day stable, Reigns is dealing with Brock Lesnar lurking around him. Both competitors are looking to put distractions behind them for this champion-vs.-champion match.