Former New York Times reporter Nellie Bowles claimed the Gray Lady held her story until after the 2020 election about the aftermath of riot-driven arson and looting in Kenosha, Wis., following the police shooting of Jacob Blake.,

Former New York Times reporter Nellie Bowles claimed the Gray Lady held her story until after the 2020 election about the aftermath of riot-driven arson and looting in Kenosha, Wis., following the police shooting of Jacob Blake.

Bowles wrote she went to Kenosha to see for herself if the “mainstream liberal argument” that burning down businesses for racial justice was a good thing, since the chaos allowed for “expression of righteous rage” and the businesses have insurance anyway.

“When I was at the New York Times, I went to Kenosha to see about this, and it turned out to be not true. The part of Kenosha that people burned in the riots was the poor, multi-racial commercial district, full of small, underinsured cell phone shops and car lots. It was very sad to see and to hear from people who had suffered. Beyond the financial loss, small storefronts are quite meaningful to their owners and communities, which continuously baffles the Zoom-class,” Bowles wrote in a Substack entry. 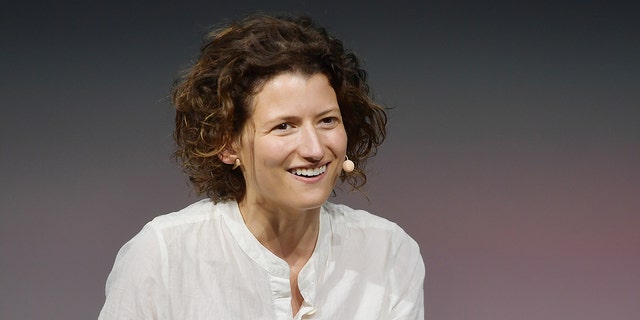 “Something odd happened with that story after I filed it. It didn’t run. It sat and sat,” she continued. “A few weeks after I filed, an editor told me: The Times wouldn’t be able to run my Kenosha insurance debacle piece until after the 2020 election, so sorry.”

Bowles said the Times gave her a variety of excuses, including “space, timing, tweaks here or there,” and eventually published the story after Joe Biden was elected.

The New York Times did not immediately respond to a request for comment. Fox News Digital also asked the Times who edited Bowles’ piece but didn’t immediately hear back.

The 2020 election featured Biden, whose left flank called for defunding police, against former President Donald Trump, who billed himself as a “law and order” candidate. The piece that eventually ran following the election, “Businesses Trying to Rebound After Unrest Face a Challenge: Not Enough Insurance,” offered a devastating look at entrepreneurs struggling as activists downplay the damage done to businesses.

Kenosha violence began after Blake was shot on Aug. 23, 2020, but Bowles’ story didn’t run until Nov. 9 of that year. “In Kenosha, more than 35 small businesses were destroyed, and around 80 were damaged, according to the city’s business association. Almost all are locally owned and many are underinsured or struggling to manage,” Bowles wrote in the piece that finally landed in the Times.

“Whatever the reason for holding the piece, covering the suffering after the riots was not a priority. The reality that brought Kyle Rittenhouse into the streets was one we reporters were meant to ignore,” Bowles wrote in the Substack entry. Bystanders look on as cars burn after protesters set fire to a used auto lot late Monday, Aug. 24, 2020, in Kenosha, Wis. Protests have been sparked by the shooting of Jacob Blake by a Kenosha Police officer a day earlier. (AP Photo/David Goldman)

Bowles, who announced she was leaving the paper earlier this month, has claimed that now-former colleagues leaked stories to other publications in an attempt to embarrass her.

“So I quit,” she wrote. “And the secret I’ve discovered is: It’s actually more fun outside, out here in the hinterlands. The old newspapers and mainstream TV networks have made themselves docile and–worst of all–predictable.”