USA Today took heat on Twitter for publishing and promoting an article criticizing the public’s perception of pedophilia.,

USA Today published an article on Monday that argued about the misconceptions the public has on pedophiles, which ignited a firestorm of backlash on social media.

The article was originally titled, “What the public keeps getting wrong about pedophilia” written by national correspondent Alia E. Dastagir. Throughout the article, Dastagir cites researchers who study pedophilia who argue that pedophilia, or the attraction to minors, is “misunderstood” as being synonymous with child sexual abuse. 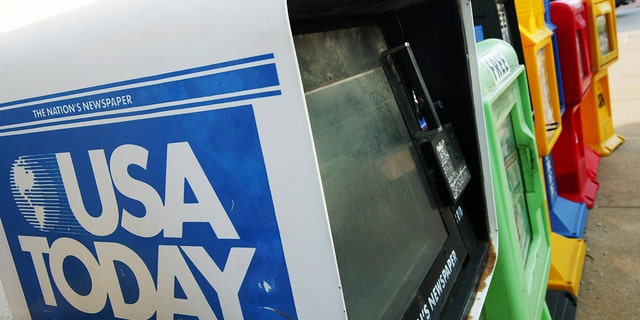 “Pedophilia is viewed as among the most horrifying social ills. But scientists who study the sexual disorder say it is also among the most misunderstood,” Dastagir wrote. “When most of the public thinks of pedophilia, they assume it’s synonymous with child sexual abuse, a pervasive social problem that has exploded to crisis levels online. Researchers who study pedophilia say the term describes an attraction, not an action, and using it interchangeably with ‘abuse’ fuels misperceptions.”

USA Today promoted the piece with several tweets throughout Tuesday.

“When most of the public thinks of pedophilia, they assume it’s synonymous with child sexual abuse. A pedophile is an adult who is sexually attracted to children, but not all pedophiles abuse kids, and some people who sexually abuse kids are not pedophiles,” one tweet read.

Critics wasted no time in slamming USA Today for publishing the article with many claiming they are attempting to normalize pedophilia.

“USA TODAY TRIES TO “UNDERSTAND” PEDOPHILES!!! To me (and probably anyone who has been watching) this is nothing more than the first step of trying to normalize this kind of behavior,” Donald Trump Jr. wrote.

After intense backlash on Twitter, USA Today deleted the original Twitter thread and posted a new thread to explain.

“A previous thread did not include all information and the story it was written about is behind a paywall. We made the decision to delete the thread,” USA Today wrote. “The initial thread lacked the context that was within the story and we made the decision the pull down the entire thread.”

The article, however, remained on the site, but the title was changed to “The complicated research behind pedophilia.” 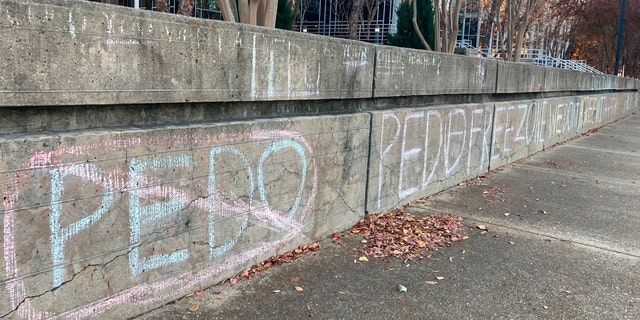 Anti-pedophilia graffiti is scrawled in chalk on the campus of Old Dominion University in Norfolk, Va.,, on Wednesday Nov. 24, 2021. (AP Photo/Ben Finley) (Getty)

People continued to criticize USA Today for only changing the headline and not removing the article entirely.