Emmy-award–winning TV host Mike Rowe sat down with Tucker Carlson in a two-part Fox Nation interview to discuss how his show “Dirty Jobs” became a hit with America, revealing why the celebrated series is airing another season.

“Why is ‘Dirty Jobs’ back on the air?” Rowe said during an appearance on Fox Nation’s ‘Tucker Carlson Today.’ “Because we make sure the viewer sees the love and the joy in the work, not just the difficulty. We celebrate something that is not transactional and look, I just personally believe that’s– we’ve arbitraged that out of the whole conversation.”

Rowe, who also hosts FOX Business’ “How America Works,” stressed the importance of learning real-world skills and the impact of trades within the workforce itself.

“We’re saying– look, all work has dignity. I’m the first guy to say that. But the way forward, the way up– you know, the way to go from rung to rung to rung to rung is to increase your skills,” Rowe explained. “And so if we don’t find a way to affirmatively reward and champion those skills, then I’m afraid our workforce is going to be horribly out of balance.” 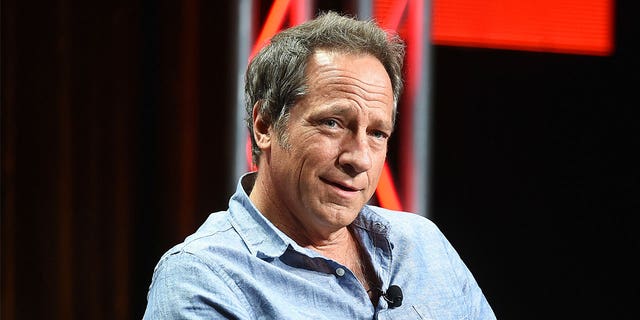 As Rowe traveled the nation to highlight the value of vocational work and the relevance of skilled jobs within the workforce, he sought to show Americans there are multiple versions of what success can look like.

“I don’t want to get out of my lane. But damn it, we need examples of happy, successful, prosperous people who wake up clean and come home dirty,” Rowe stated.

He also revealed what he calls the “secret sauce” to the series’ success, as he re-wrote the definition of what ‘accomplished’ was depicted as in the labor market.

“I didn’t want it to overreach, right, so it’s a simple show about jobs you didn’t know existed, taking place in towns, performed by people that are utterly anonymous,” Rowe stated.

“And that’s what it is- show up, pay attention, and leave. We treated the people on that show a lot like Access Hollywood would treat Brad Pitt, except they’re not Brad Pitt, so that was the secret sauce.”

The 2009 economic recession marked a turning point for the hit series, according to Rowe, as the value of his content became of even more interest to Americans seeking to make ends meet.

“The show became relevant in ways that neither the network or myself ever anticipated. It just happened again,” Rowe recalled.

The new series of “Dirty Jobs” premiered earlier this month on Discovery.

Fox Nation programs are viewable on-demand and from your mobile device app, but only for Fox Nation subscribers. Go to Fox Nation to start a free trial and watch the extensive library from your favorite Fox News personalities.

Bailee Hill is an associate editor with Fox News Digital.