Former Lincoln Project adviser Tom Nichols, who is billed as a “Never-Trump Conservative” foreign policy expert, mocked Americans who are concerned about inflation and high gas prices on Tuesday.,

Contributing writer for The Atlantic and former Lincoln Project adviser Tom Nichols mocked Americans who are concerned about inflation and high gas prices on Tuesday.

Washington Post columnist Jennifer Rubin took to Twitter to share a piece she wrote claiming, “Midterm voters must decide: Do they want to give the unhinged party that can’t admit their cult leader lost and still makes excuses for the domestic terrorists the reins of power?”

Nichols took that as the opportunity to fire off a snarky tweet that took aim at average Americans as prices have increased 7% from last year, the biggest spike since 1982.

“But inflation and the cost of filling up an SUV and they were out of pork roasts last week,” Nichols wrote.

Inflation has become such a major issue that even the liberal Washington Post editorial board recently took aim at President Biden’s “bizarre” messaging on the topic. Meanwhile, #BareShelvesBiden has trended on social media as labor shortages have devastated the supply chain.

Nichols, who is billed as a “Never-Trump Conservative” foreign policy expert, announced last year he would leave his role as an unpaid adviser to the Lincoln Project when the group came under fire over revelations that one of its co-founders sexually harassed young men. 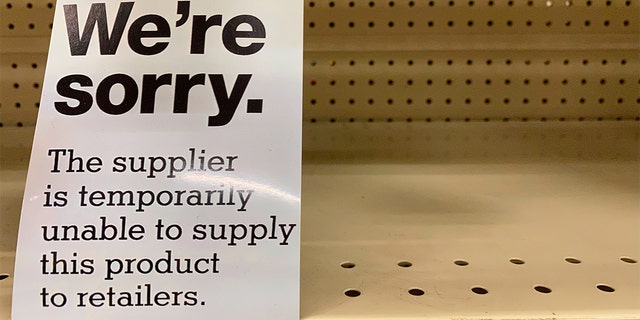 Nichols is no stranger to polarizing takes on social media and was roasted last year over a condescending tweet intending to mock New Jersey truck driver Edward Durr, who pulled off an upset when he defeated the state’s longtime Democratic Senate president. Durr had cited his inability to get a concealed carry permit as a motivating factor to enter politics.

“So, the guy who defeated the NJ Senate president ran because he was denied a concealed carry permit. I’m sure this will all go very well and produce a fine, informed legislator,” Nichols tweeted.

His grasp of the Constitution was also questioned last year after he tweeted the founding document was “not designed to cope” with an “insane president” following a bombshell claim about Chairman of the Joint Chiefs of Staff Gen. Mark Milley.

Brian Flood is a media reporter for Fox News Digital. Story tips can be sent to brian.flood@fox.com and on Twitter: @briansflood.