USA Today editorial board member Jaden Amos declared she could no longer trust the government over its handling of the coronavirus pandemic.,

USA Today editorial board member Jaden Amos is making no secret of her disdain for the government’s handling of the pandemic, declaring in a Monday op-ed she was wrong to assume it would work in the best interest of the American people.

In the op-ed headlined, “I assumed we could trust the government and each other during the pandemic. I was wrong,” a distraught Amos claimed that government institutions had instead worked in the best interest of corporations and had started to give up on fighting the pandemic, causing her to want to give up too.

“I am not so naive that I blindly trusted the government without any skepticism before 2020 – I am a journalist after all,” Amos wrote. “But I always assumed they’d be more prepared for something like the pandemic. I had hoped that when things took a turn for the worst, we would unite and the government would always act in our best interest.”

Amos wrote that, as a New York City resident, she saw what she claimed were the results of the city government shutting down testing sites ahead of the omicron variant’s surge: “Outrageously long testing lines.”

She added that, while living in Indiana, the state government dropped the statewide mask mandate “despite the evidence that masks are an important tool in preventing COVID-19 infections.”

“For so many young people, we haven’t been given many reasons to trust our government. Politicians’ tones have shifted from unity and hope to giving up and letting the unvaccinated die,” Amos wrote, before citing Pew Research Center data showing Gen Z had the lowest trust in government compared to other generations. 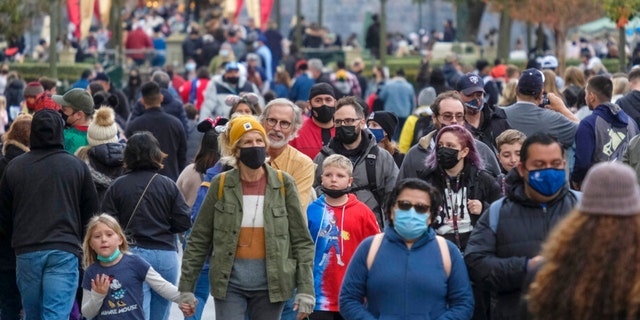 “I don’t think there is a deep state conspiracy to create a one-world government or that the ‘elites’ are trying to control the population,” she added. “But I do think many institutions have worked in the interest of corporations and money instead of people. And other times, the government has just blundered in ways that hurt citizens.”

Amos noted the recent change in the CDC’s recommended isolation period from 10 days to 5 days and pointed out that the CEO of Delta Air Lines had written a letter requesting the change just days prior.

“Is a government institution that is supposed to have our best interest bowing to CEOs of major companies instead of protecting the health of workers?” Amos wrote. “It feels like politicians are starting to give up hope, or at least accept that this is our new reality.” 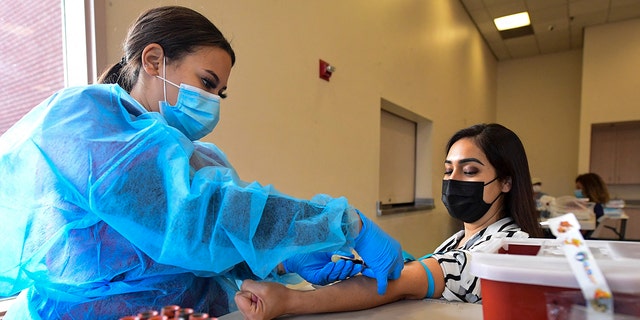 She pointed out comments President Biden previously made to a group of governors that there was “no federal solution” to the pandemic, and claimed his “apparent loss of hope” was causing her and many others to want to throw up their hands.

She also noted that many of her friends had grown tired of taking precautions against the pandemic and were starting to attend events or not wear masks in public again, but declared she refused to lose hope that the government would keep the interests of the American people at heart and things would get better.

“I want to trust institutions like the CDC, my governor, my mayor and the White House. I want these institutions to put the needs of all Americans in front of the desires of CEOs to make more money,” Amos wrote.

“I want our leaders and our communities to work past their flaws and do what’s best for us all. They don’t need to be perfect. They just need to be better,” she added.