Sarah Palin lambasted Alexandria Ocasio-Cortez and Kamala Harris for detracting from their failures and blaming prejudice on ‘Fox News Primetime.’,

Fox host Rachel Campos-Duffy said Harris hasn’t taken responsibility for many of her failures and both the vice president and Ocasio-Cortez blame others when things go wrong. A recent example is when Ocasio-Cortez was criticized for vacationing while maskless at times in Florida, she blamed Republicans’ sexual frustrations as the root cause of the backlash.

“Isn’t that something that’s pretty creepy, pretty junior high-ish creepy? It amazes me [that] her and other socialists[‘s] … ability to deflect from what the issues truly are. And here [is] her obsession with … suggestions of … gender and sex,” Palin said. “You know, I truly believe that there are enough Americans who get it and understand what her tactic is, and that is to deflect from what the real issues are.”

AOC TESTS POSITIVE FOR COVID-19 AFTER PARTYING IN MIAMI MASKLESS

“And obviously it’s a tactic so that she doesn’t have to be held accountable. It sounds like she hasn’t been held accountable for much, maybe in her entire life. She does not have that foundation.” Palin said.

Campos-Duffy added that it was a sign of deep-rooted “narcissism.” 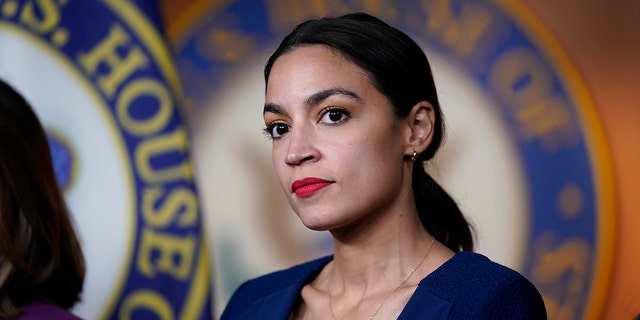 “Oh, absolutely,” Palin agreed. “President Trump did have it much harder. It was always three against one with Trump. It was the Democrats. It was the press, obviously, and it was the rhinos within the establishment of the party. And yet look what Trump could accomplish.”

Palin went on to call the left-wing politicians “fake feminists” who are setting back the women’s movement by blaming everything on their gender.

“Man, these fake feminists who bring the women’s movement back so far by channeling everything right on back to ‘Oh, it’s our gender.’ Doggone it, ‘People don’t like us because we’re female,'” she said. “It’s your work ethic. I’m really thankful that I was brought up in a place where gender truly has not mattered.”