The funeral Tuesday for a slain Cleveland, Ohio police officer killed in an off-duty carjacking on New Year’s Eve pointed to a disturbing crime trend: carjackings have surged by over 50% in two years in the city.,

The funeral Tuesday for a slain Cleveland, Ohio police officer killed in an off-duty carjacking on New Year’s Eve pointed to a disturbing crime trend: carjackings have surged by over 50% in two years in the city.

Highway billboards near Cleveland this week displayed the image of Shane Bartek, a 25-year-old officer who was off-duty when an 18-year-old suspect approached him on Dec. 31 in an apartment building parking lot.

The end-of-year shooting punctuated a pattern seen in Cleveland and other U.S. cities, such as Minneapolis, Chicago and Oakland since the onset of the pandemic and the defund police movement.

Cleveland saw at least 433 carjacking incidents in 2021, representing a 22% spike from the 355 in 2020, according to data recorded by the Cuyahoga County Prosecutor’s Office.

“People have to feel safe when they go about their daily routines. There has been an increase in the last several years,” O’Malley said. “Carjackings were crimes we rarely saw 10 years ago.” 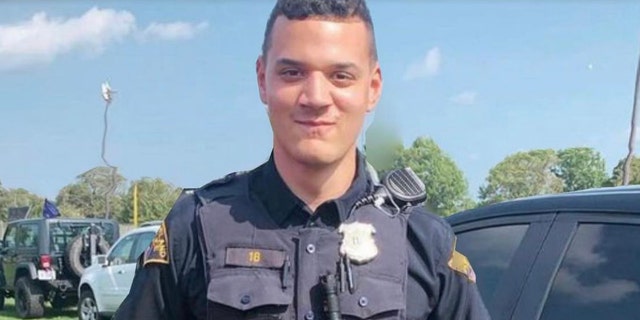 In a nine-day span in Little Italy, there were four carjacking incidents all targeting single female drivers in that neighborhood. O’Malley said the same three teenagers are accused of carrying out three carjackings in a two-hour span last week, as groups of kids more routinely are committing these offenses.

In another high-profile case in Cuyahoga County, there’s a 14-year-old girl and a 14-year-old boy who are both suspects in a series of carjackings targeting Uber drivers, O’Malley said.

In the officer’s case, Bartek was shot twice during a struggle with Tamara McLoyd, who allegedly was trying to steal his personal vehicle on New Year’s Eve. The 18-year-old is charged with aggravated murder.

A judge set bond at $5 million for McLoyd during her first court appearance last week.

O’Malley said McLloyd is being investigated for several other aggravated robberies that will be referred to a grand jury for indictments. She was sentenced in October for a prior carjacking, but that judge did not assure extended incarceration, so the teenager allegedly helped rob a pizza shop just days later.

“The ultimate goal for juvenile crimes is rehabilitation, but at some point, we have to shift the pendulum to public safety,” O’Malley told Fox News Digital by phone on Tuesday. “I think in the case of Ms. McLeod, that wasn’t done when she should have been sentenced to incarceration out in Lorain County, and had she been incarcerated on Oct. 28 in Lorain County, Officer Bartek would have never lost his life.”

“Our problem is our state legislature is giving financial incentives to courts to not send kids to juvenile lock-ups,” he said, placing blame on Ohio Department of Youth Services’ RECLAIM program. “Our goal with the juvenile justice system is to rehabilitate them on low-level crimes, but when it comes to carjackings, there’s no looking the other way. When you’re involved in a carjacking, you’re getting prosecuted.”

The FBI tracked an uptick in carjackings and stolen vehicles across Cleveland and other Midwestern cities, including Detroit, Chicago, Kansas City and Milwaukee, in 2021, Patrick Lentz, a special agent with the FBI Cleveland Field Office, told Fox News Digital. He said the problem is migrating to the suburbs, and the FBI has seen a correlation between gang members and some criminal behavior involving carjackings.

“Gangs are one component of that,” Lentz said Tuesday. “A lot of times when the cars are taken, many of these stolen vehicles are used to commit other crimes. It could be drive-shootings, robberies.”

“I know the FBI in Cleveland are making a concerted effort to reduce violent crime,” he said. “Carjackings are a smaller component of the violent crime umbrella. When the FBI is potentially looking into a carjacking, ideally, we want to look into serial carjackings, or the carjacking rings, and if they can be linked. Is this a sophisticated organized group or is this a one-off violent criminal?

He also offered advice to maintain proper situational awareness by keeping your head on a swivel, trying not to walk alone, parking in a well-lit parking lot, staying off your phone, keeping your hands free, using panic alarms to draw attention and not staying in a parked vehicle for an extended period of time. Lentz advised being a good witness by noting a description and direction of travel to assist law enforcement.

Mike Verden, CEO of the Chicago-area security firm The Lake Forest Group, attributed the rise in carjacking across several Midwestern cities to fewer officers being on the beat after the defund police movement.

“Now we’re seeing a paradigm shift where these cities that were defunding the police are now experiencing a spike in crime to include carjacking, and it’s not coincidental.”

While some carjacking incidents result in vehicles being sold on the black market to be stripped down for their parts, there’s been more of an increase in the Midwest of those vehicles taken in carjacking being then used to commit other crimes, such as smash-and-grab robberies, Verden said.

He said other crimes, like home burglaries, are down because more people are home during the pandemic.

“With a crime like carjacking, it’s a crime of opportunity. And what we’re seeing here in Chicago, and Chicago is like Cleveland and other cities, all of these cars are being carjacked to commit another crime,” Verden said by phone Tuesday. “So they go on to a downtown area, run into a store with a number of people and just overwhelm the people in the store and just take whatever merchandise they can get their hands on. And then they jump back in these stolen cars and take off.” 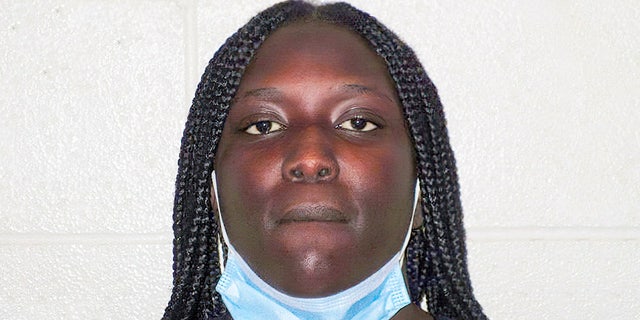 Pervasive carjacking in downtown areas has also impacted how professional sports conduct their business, Verden, also a former member of the U.S. Secret Service with extensive experience in security for major league sporting events, including the NBA, Olympics and the Super Bowl, said.

In Chicago, the Bears have purchased property in the suburbs and are considering a move out of Soldier Field in part because of crime, Verden said. But a spokesman for the Cleveland Cavaliers at Rocket Mortgage FieldHouse told Fox News Digital by phone Tuesday that there have been “zero incidents” in the east garage attached to the arena and the surrounding lots.

He said there is an extensive security and police detail around the Cleveland facility, as well as video surveillance. The spokesman added he’s gotten “zero emails or calls from fans” about any carjacking issue.

The Cavaliers paid tribute to Bartek during a home game last week.

Recently sworn-in Cleveland Mayor Justin Bibb has pledged that tackling violent crime will be at the forefront of his agenda. During his inaugural speech Saturday, he vowed to increase pay for police officers and bring in new equipment while also continuing efforts for more accountability.

“In this post-George Floyd era of policing, we can and must do both,” Bibb said. “And I believe that Cleveland can show the nation and the world how to get it done.”

His office did not immediately return a Fox News Digital request for comment Tuesday.

School closures and canceled extracurricular activities during the pandemic have exasperated the problem of carjackings in some cities, Verden said. The problem lies too with the criminal justice system, as judges are lenient with teenagers who often have a shorter criminal records than adults.

“Judges will go easier on a younger person because for the purpose of rehabilitation as opposed to prosecution, so they’re typically given lighter sentences,” Verden said. “If a firearm was not used in the commission of the crime, they’re probably not going to get any jail time whatsoever.”

Even with adults, lenient prosecution and bail reform is contributing to the increase in carjackings, he said.

“Criminals aren’t stupid. They know that if there are no consequences for their actions, they’re going to do it over and over again,” Verden said. “It’s just the same people doing the same bad things.”

Bartek’s funeral was held Tuesday at Grace Church of Middleburg Heights. He was to be buried at Holy Cross Cemetery afterward. The Cleveland Police Department shared photos Monday of Bartek’s academy class gathering for a memorial in his honor. One former classmate currently stationed in Iraq, Cody Ratliff, shared a photo of him in military fatigues holding up the thin blue line flag.