DoorDash driver steps into action when he sees toddler wandering on 8 Mile Road in Detroit, Michigan.,

A DoorDash driver is being credited for rescuing a toddler walking around in nothing but a diaper and socks Sunday morning.

The driver, Robert Jackson III, was traveling along 8 Mile Road in Detroit, Michigan, around 11 a.m. when he spotted the child. He immediately stopped, wrapped him up in his coat and put him in his car to warm up, FOX 2 Detroit reported. 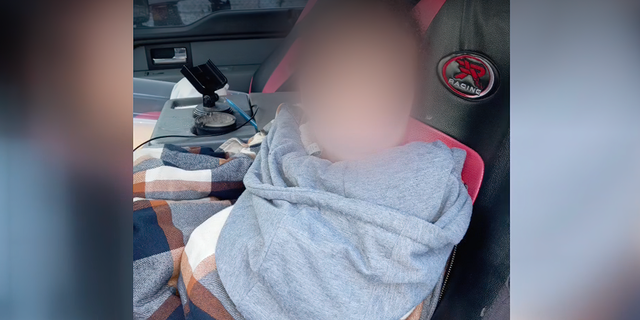 A DoorDash driver is being credited for rescuing a toddler walking around in nothing but a diaper and socks. (FOX 2 Detroit – WJBK)

The temperature read 38 degrees outside, with a windchill of 29.

Jackson reportedly waved down another driver and asked them to call 911. He recorded video on his phone of him comforting the child while waiting for police to arrive on the scene.

Detroit police identified the child and determined that he had just walked outside his family home. Investigators say a 16-year-old sibling was supposed to be babysitting him at their residence less than a block away.

Jackson is glad he was there to help out the child, who was taken to a children’s hospital to be checked out.