Vice President Kamala Harris faces fresh scrutiny of her performance in the White House while being floated as a possible successor if President Biden chooses not to seek reelection in 2024.,

Vice President Kamala Harris is routinely being floated as the obvious choice for Democrats if President Biden chooses not to seek reelection in 2024, prompting fresh scrutiny of her performance in the White House, which has been punctuated by multiple gaffes, awkward moments and plummeting poll ratings.

While Biden, 79, has expressed his intention to seek a second term in 2024, some Democratic strategists doubt it will happen, given his age and declining popularity, which has been compounded by a devastating gubernatorial election loss for the Democrats in Virginia that has been interpreted as a referendum on his presidency. 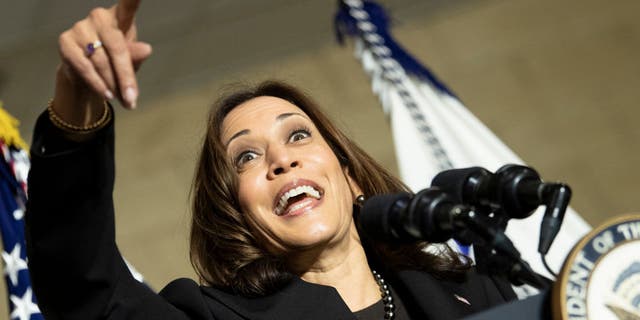 Harris is being frequently floated in Democratic circles as a possible successor to the Biden presidency, but her missteps throughout the year and sinking approval ratings have sparked concerns. A Fox News survey last month revealed that 45% of registered voters approved of Harris’ performance as vice president and 53% disapproved.

A lengthy CNN piece recently outlined mutual exasperation between Harris and Biden’s offices as the vice president’s approval rating dips, with the former’s aides feeling hung out to dry as she tackles thankless tasks without White House cover, and the latter’s staff having “thrown up their hands” at her “lack of focus,” as CNN put it.

One day after the CNN report, the White House’s announcer at Biden’s signing ceremony of the bipartisan infrastructure bill appeared to skip Harris’ turn to speak, instead introducing union political activist Heather Kurtenbach as the vice president waited awkwardly at the podium.

In front of the scenes, Harris has sparked multiple controversies during her public appearances as vice president. Earlier this month, she was ridiculed after appearing to imitate a French accent while speaking to French scientists during a tour of a Parisian lab. 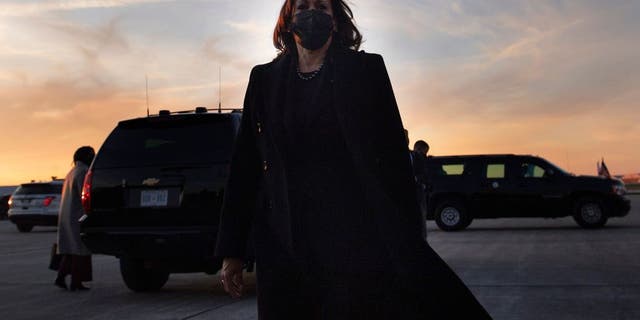 In October, Harris was featured in a space-themed video — the first in a YouTube series entitled “Get Curious with Vice President Harris” — that was heavily criticized online for the veep’s animated performance as well as the fact that child actors were used in its production.

In September, Harris sparked criticism after she nodded along while a student accused Israel of “ethnic genocide.” Harris responded by saying the student’s “truth should not be suppressed” during an event at George Mason University in Fairfax, Virginia.

Days earlier, Harris compared the behavior of Customs and Border Protection agents pictured on horseback corralling Haitian migrants away from the U.S. border with the historical treatment of slaves and Indigenous Americans.

Harris was also criticized in September for traveling to California to campaign for Democratic Gov. Gavin Newsom while Californians were still stranded in Afghanistan.

In August, The Los Angeles Times, Harris’ hometown paper that previously lionized her, published a story headlined, “Kamala Harris has touted her role on Afghanistan policy. Now, she owns it too,” knocking her for her role in the botched execution of Biden’s military withdrawal.

In July, Harris was derided for arguing against voter ID laws by claiming rural Americans can’t get photocopies of their IDs because “there’s no Kinkos” or “OfficeMax near them.”

Harris also faced criticism in July after she declared that the Democratic lawmakers who fled Texas in an effort to block the state’s new election legislation from passing were “in line” with the legacy of Frederick Douglass and the Selma marchers. 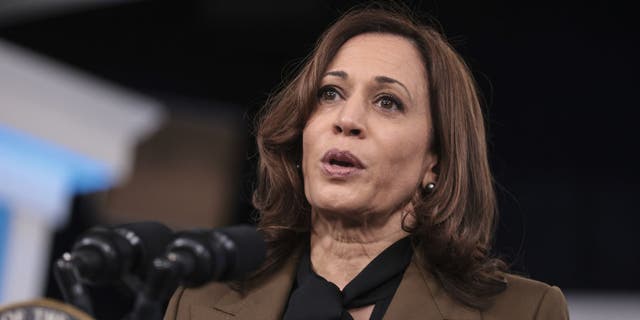 In June, Harris was slammed by Republicans and Democrats alike after she dismissed a question from NBC News’ Lester Holt about why she had yet to visit the southern border, despite being tapped as border czar by Biden in March.

“And I haven’t been to Europe,” Harris said at the time. “And I mean, I don’t understand the point that you’re making. I’m not discounting the importance of the border.”

Harris was knocked for not taking a trip to the U.S.-Mexico border for nearly 100 days after her appointment as border czar, raising eyebrows after she finally took a trip to Guatemala to address the root causes of the border crisis instead of the actual border.

She finally traveled to El Paso, Texas, in June for her first visit to the border as vice president, which some critics blasted as a photo-op. She had previously repeatedly laughed off questions about whether she would take the trip.

In March, Harris was blasted for not addressing the multiple sexual harassment allegations against the now-former governor of New York, Democrat Andrew Cuomo, despite being a vocal supporter of the #MeToo movement. While Biden eventually called on Cuomo to resign, Harris remained silent on the matter.

And within days of entering office, Harris faced controversy over an organization she once promoted, called the Minnesota Freedom Fund, after a man who was previously bailed out twice by the fund was arrested again. More recently, in August, a man who was bailed out of jail on domestic assault charges by the same fund was subsequently charged with murder.