The Dallas Cowboys’ Leon Lett’s botched blocked field goal return is one of the most unforgettable, and unfortunate, plays in NFL Thanksgiving history.,

Leon Lett’s botched blocked field goal return is one of the most unforgettable, and unfortunate, plays in NFL Thanksgiving history.

Lett, who was a member of the Dallas Cowboys at the time, attempted to recover the ball after his teammate Jimmie Jones blocked a filed goal attempt by the Miami Dolphins‘ Pete Stoyanovich in a Thanksgiving game in the snow in 1993. 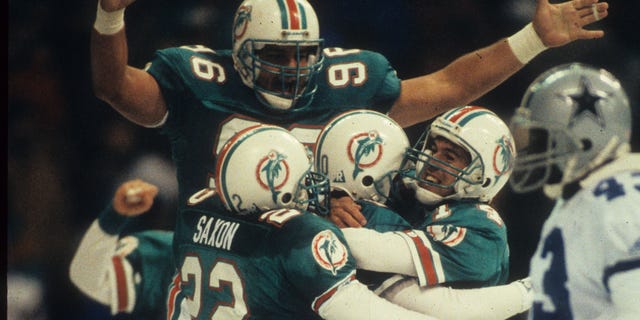 He slipped and went forward and the ball was recovered by the Dolphins in the end zone. Miami got the ball at the 1-yard line with three seconds left due to the league’s muffed kick rules, and Stoyanovich was able to kick the game-winning field goal.

Stoyanovich recalled the game in a recent interview with CBS Sports Radio’s “The DA Show.”

“It’s funny you say that, because we knew there was going to be some weather in the area,” Stoyanovich said. “When we landed in Dallas the night before, we made our way to the hotel and it hadn’t started snowing yet, I don’t believe. About 6 or 7 o’clock the snow started coming down, and it just never stopped. It snowed all night, into the morning the next day, on Thanksgiving. We just couldn’t believe what we were seeing. … The field was covered with tarp. The game was going to kick off at noon. We weren’t sure if once they removed the tarp, if the snow would stop. Once we arrived to the stadium, it kept snowing. Even after they removed the tarp, the field looked great at that point. Within minutes the field was covered again in snow. The footing was awful. It was slippery. Nobody in Dallas was prepared for that. It was very tough playing conditions, to say the least.” 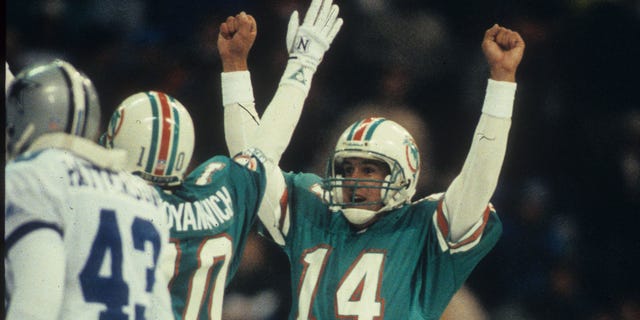 “The conditions were not good, the field was slippery. And luckily, we got another shot at it. After it was blocked, at that point in time, I really didn’t know what was going on. All I knew was, the kick was blocked and the ball was trickling down near the goal line. And at that point, I was just assuming the game was going to end the way it was going to end, with a blocked field goal. … It was a melee, to be honest with you. I didn’t know what was going on. … We were scraping snow and ice off the mark to line up for my field goal attempt, and nobody really knew what the heck was really going on. … As it turned out, we got the ball at the one-yard line. I think there were two seconds left, and I got another shot at it and converted this time. It was a fantastic finish. It was a great ending and a way to start the Thanksgiving weekend.” 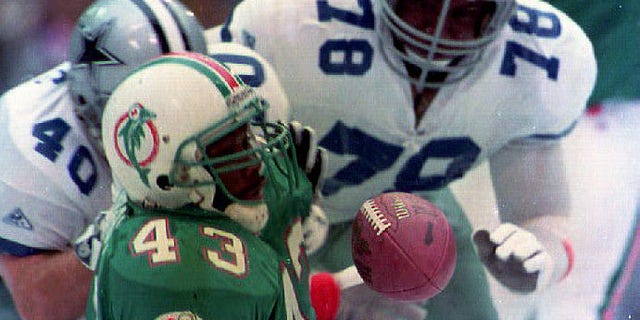 Miami Dolphins running back Terry Kirby (43) loses the ball while being brought down by the Dallas Cowboys’ Brock Marion (31), Leon Lett (78) and Bill Bates (40) during first quarter action Nov. 25, 1993 in Texas. The Cowboys recovered the ball.
(Getty Images)

Lett and the Cowboys would get the last laugh in the end.

The team would go on to win the Super Bowl over the Buffalo Bills later that season.