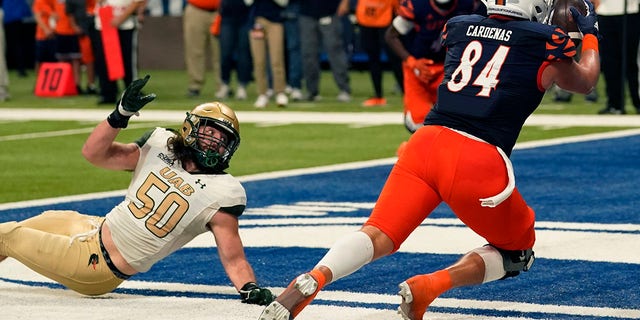 UTSA, which entered the game against the Blazers ranked No. 15 in the AP poll and No. 22 in the College Football Playoff rankings, went toe to toe all game with UAB.

Blazers running back DeWayne McBride scored on a 16-yard run with 5:19 to go in the game. The Roadrunners turned the ball over on downs on their next possession but forced UAB to punt. With 1:06 to go, Harris started his drive to the end zone. 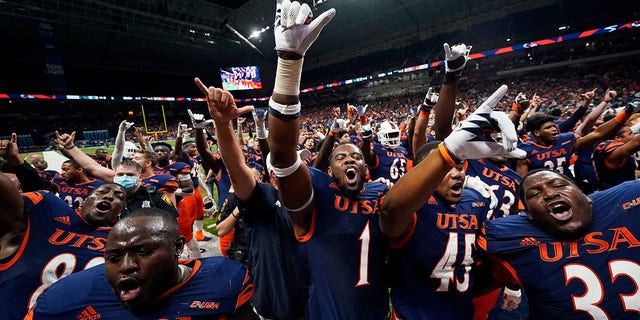 UAB’s McBride had 144 yards on the ground on 24 carries. UAB QB Dylan Hopkins was 15-for-22 for 254 passing yards, two touchdowns and an interception. 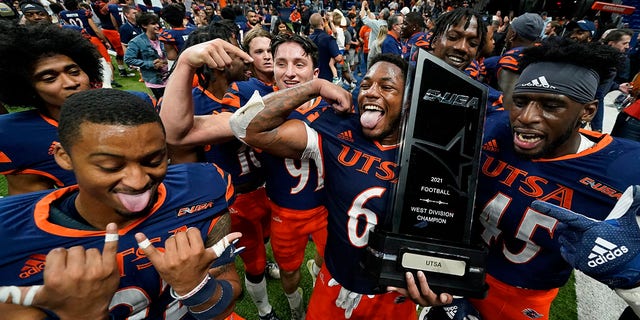 UTSA players celebrate with their conference trophy after their win over UAB Saturday, Nov. 20, 2021, in San Antonio.
(AP Photo/Eric Gay)

The win isn’t likely to move the Roadrunners much higher up the College Football Playoff rankings when those rankings come out next week. UTSA moved up from No. 23 to No. 22 after beating Southern Miss last week.

UAB, Western Kentucky and UTEP were the only teams the Roadrunners have beaten who still have winning records. Additionally, not enough teams ahead of them lost Saturday.

A win against the Mean Green and a C-USA Championship would put UTSA at 13-0 before a potential major bowl game.