Corral appears likely to skip his final year of eligibility and declare for the NFL Draft once the season is over. In his lengthy message to Rebel Nation, he thanked his coaches, teammates and fans for their support. 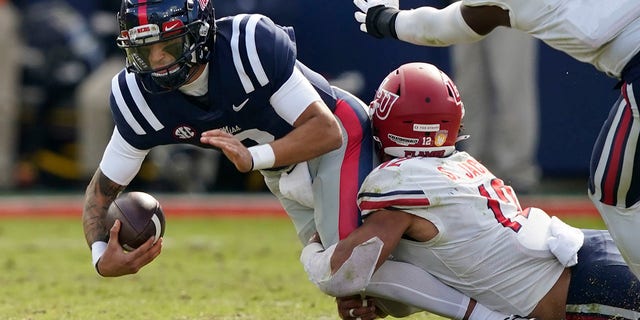 “I have so much appreciation for Rebel Nation. The love and support I have received from fans, faculty, administration and staff in my four years here has been remarkable, and Oxford will always be a second home to me,” Corral wrote.

“I really mean it when I say this team means something to me. The other leaders and I formed a bond on this team that came together when times were tough. When nobody was clapping for us, we were the ones holding it together. The love on this team was and is unmatched. It’s something that I will forever remember. Locker rooms like this are rare.” 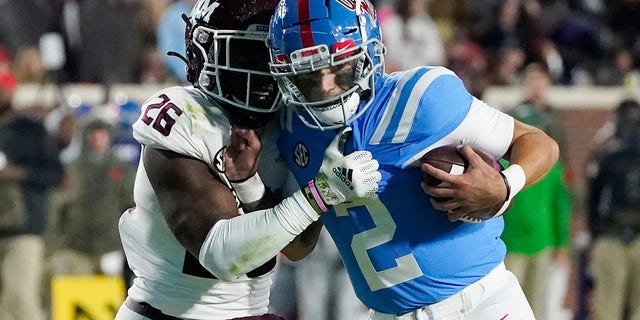 Texas A&amp;amp;M defensive back Demani Richardson (26) attempts to strip the ball away from Mississippi quarterback Matt Corral (2) during the first half of an NCAA college football game, Saturday, Nov. 13, 2021, in Oxford, Miss.
(AP Photo/Rogelio V. Solis)

Corral and Ole Miss have at least three games left to play. The Rebels play Vanderbilt on Saturday and end the regular season with the Egg Bowl against Mississippi State. With an 8-2 overall record, the team is likely to play in a bowl game over the winter. 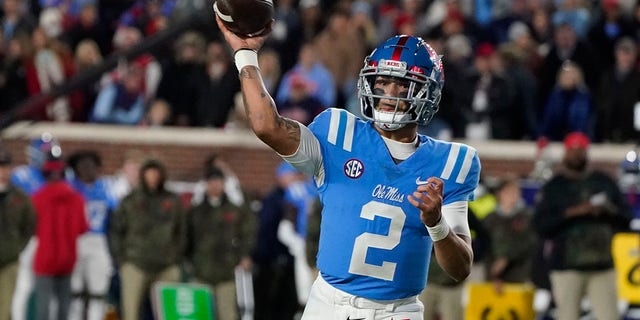 Corral is one of the top quarterback prospects. He’s put together a stellar 2021 season that has made him a Maxwell Award semifinalist and a Johnny Unitas Golden Arm Award top 10.