Jeter, the recent Hall of Fame inductee and current Miami Marlins part-owner, was asked about the former Houston Astros shortstop discrediting the Gold Glove Awards Jeter had won. Correa was speaking on the “Me Gustan Los Deportes” podcast and apparently took the dig at Jeter. 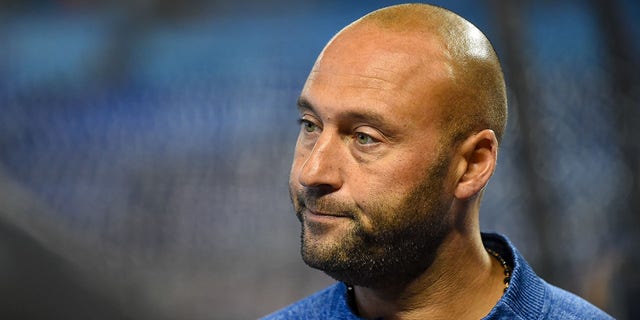 Miami Marlins CEO Derek Jeter speaks to the media before the start of a game against the Philadelphia Phillies at loanDepot park Oct. 2, 2021, in Miami.
(Eric Espada/Getty Images)

According to a translation from ESPN’s Hector Gomez, Correa said Jeter “didn’t deserve any of the Gold Gloves he won.”

Jeter brushed it off. 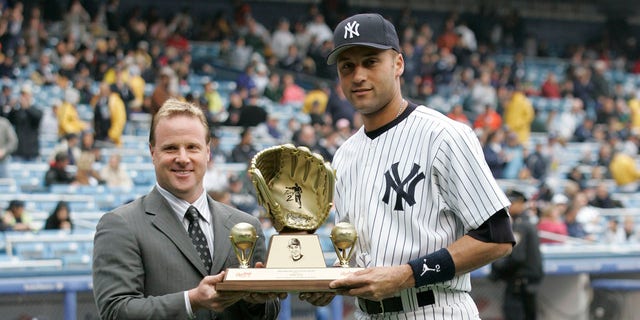 Derek Jeter of the New York Yankees receives his 2004 Gold Glove Award before a game against the Texas Rangers at Yankee Stadium April 23, 2005 in the Bronx.
(Rich Pilling /MLB via Getty Images) 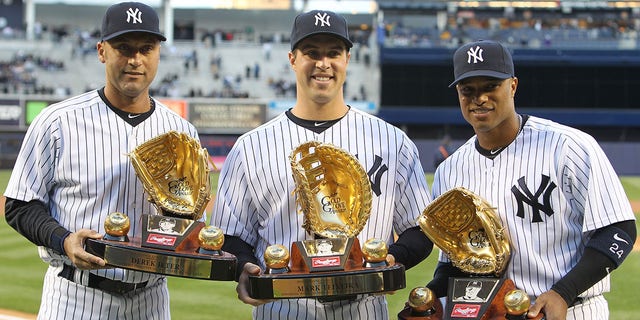 Derek Jeter, Mark Teixeira and Robinson Cano (left to right) of the New York Yankees pose with their Gold Glove Awards prior to a game against the Minnesota Twins at Yankee Stadium April 5, 2011, in the Bronx.
(Nick Laham/Getty Images)

Jeter didn’t exactly lead the American League in some of the metrics used to quantify how good a player is defensively, such as range factor or defensive runs saved, let alone just fielding percentage in general.

Correa won the American League Gold Glove Award this season at shortstop. He led the league with 21 defensive runs saved, according to FanGraphs. Jeter had a total of three when he won the Gold Glove in 2009 and didn’t have a positive defensive runs saved number in any of those award-winning seasons. The metric is used to determine the number of runs a player saved or cost his team relative to the average player. 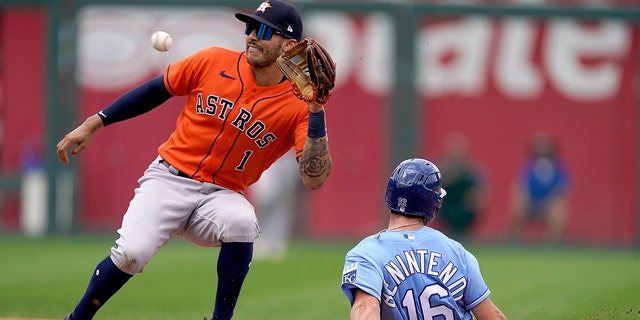 While the Marlins have not been linked to Correa, who is a free agent, the Yankees reportedly expressed interest in signing him. Whether the Jeter comment would be taken as a dis or not won’t matter if he winds up playing in the Bronx. Correa hit 26 home runs and batted .279 with a .850 OPS in 2021.