Louisville quarterback Malik Cunningham put on a show during the Cardinals’ 62-22 walloping of Duke on Thursday night.,

Louisville quarterback Malik Cunningham put on a show during the Cardinals’ 62-22 walloping of Duke on Thursday night.

One of the best plays from Cunningham came in the second quarter with about 7:47 remaining in the first half. Cunningham got the snap and faked the handoff to his running back and ran to his left and cut back up the field to his right. 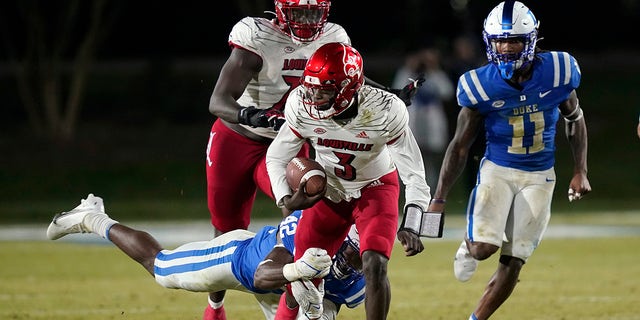 It looked like Cunningham was going to be stopped by a would-be Blue Devils tackler but he managed to break out of the tackle and run toward the sideline. He would then turn on the jets and scamper for the 72-yard touchdown.

The unbelievable run was just one highlight of the incredible night Cunningham had. 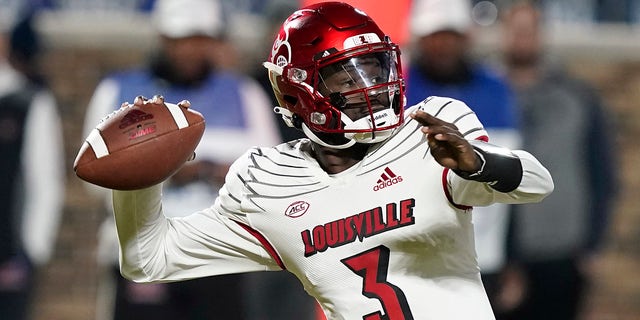 The junior was 18-for-25 with 303 passing yards and he threw five touchdown passes. On the ground, he ran the ball 11 times for 224 yards and two touchdowns. Each of his five touchdown passes went to a different receiver. Marshon Ford, Trevion Cooley, Ahmari Huggins-Bruce, Tyler Harrell and Jordan Watkins each had the score.

Cunningham wasn’t the only one who had rushing touchdowns either. Aidan Robbins and Jalen Mitchell got across the goal line too.

Duke had two turnovers in the game and their 29 minutes of possession only yielded 22 points.

Gunnar Holmberg was 19-for-34 with 176 passing yards. Riley Leonard and Jalon Calhoun each had a rushing touchdown. Leonard’s touchdown came on a 35-yard run in the fourth quarter. He finished with 70 yards on seven carries. 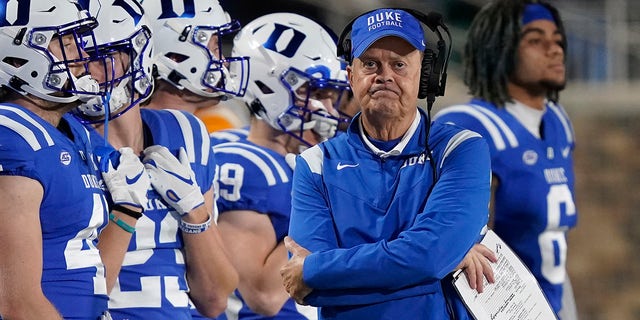 Louisville improved to 5-5 overall with the win and 3-4 in the ACC. Duke dropped to 3-7 overall and 0-6 in ACC play. The Cardinals clinched a bowl berth with the win.