An Arizona-based scientist believes the first known case of COVID-19 was from a vendor at a Wuhan animal wet market and not an accountant who reported symptoms much later and lived miles away from the market as has previously been reported.,

An Arizona-based scientist believes the first known case of COVID-19 was from a vendor at a Wuhan wet market and not an accountant who reported symptoms much later and lived miles away from the market.

The study by Dr. Michael Worobey, an evolutionary biologist at the University of Arizona, was published Thursday in the journal Science. The new study comes amid swirling questions regarding the origin of the COVID-19 pandemic, a topic that has bitterly divided the country for months. 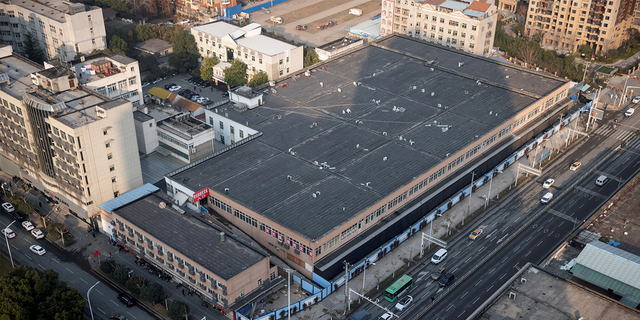 Worobey based his conclusions on public records and reports of early COVID-19 cases in China. He determined that a vendor at the Huanan Seafood Wholesale Market in Wuhan was the first known patient to contract the disease and that half of the early cases were linked to the market.

“[T]he most early symptomatic cases were linked to Huanan Market — specifically, the western section where raccoon dogs were caged — [providing] strong evidence of a live-animal market origin of the pandemic,” Worobey wrote in an abstract of the study.

In February 2020, Wuhan authorities said they had identified the first COVID patient as a male accountant who fell sick on Dec. 8, 2019, and had no link to the market. And earlier this year, the WHO visited China and interviewed the accountant whom they described in March 2021 as the first known case. 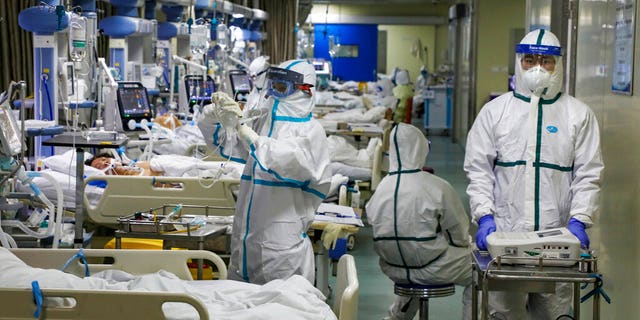 In this Thursday, Feb. 6, 2020, photo, medical workers treat patients in the isolated intensive care unit at a hospital in Wuhan in central China’s Hubei province.
(Chinatopix via AP)

The March report, which has come under fire for several errors, concluded that COVID-19 most likely spread to people from an animal spillover, but it did not say definitively whether the Wuhan wet market was the source.

In his study, Worobey said the accountant’s illness reported on Dec. 8, 2019, was likely a dental problem related to baby teeth that he had retained into adulthood. He cited hospital records that pinpoint the man’s COVID-19 onset date as Dec. 16, 2019, five days after the wet market vendor contracted the disease.

According to The New York Times, multiple experts have endorsed Worobey’s findings. But the study will likely do little to settle the question once and for all where the outbreak began, a mystery that has prompted geopolitical debates.

Security personnel gather near the entrance of the Wuhan Institute of Virology during a visit by the World Health Organization team in Wuhan in China’s Hubei province on Wednesday, Feb. 3, 2021.
(AP)

One of the biggest proponents of investigating a lab leak theory is Alina Chan, a postdoctoral researcher at the Broad Institute of MIT. She has said any definitive conclusion would be insufficient unless researchers had data going back to at least November 2019.

“This is like trying to guess the shape of an iceberg when you can only see what’s above the surface,” Chan tweeted in response to the publication of Worobey’s study.

“Where are the November case data?” she said. “We know that by December there had been a superspreader event at the seafood market and cases numbered in the hundreds.”

In recent months, some officials in the Biden administration have expressed more openness to the possibility of the lab leak theory.

Over the summer, Dr. Tedros Adhanom Ghebreyesus, director general of the WHO, said it was “premature” to dismiss the theory that the virus escaped from Wuhan’s Institute of Virology and called on China to provide “direct information on what the situation of these labs was before and at the start of the pandemic.”