John Spencer Jr. – now 73 – was broke into tears after being given a Purple Heart, the Combat Infantryman Badge and the Republic of Vietnam Gallantry Cross at the University of North Carolina School of Law for his service, according to the university.,

A Vietnam War veteran – stripped of his dog tags and uniform after returning home from battle roughly 50 years ago – finally had his honor restored earlier this month.

John Spencer Jr., now 73, was seen dabbing his eyes with a napkin during a Purple Heart Ceremony at the University of North Carolina School of Law. It was a big moment for the veteran who was finally being awarded a Purple Heart, the Combat Infantryman Badge and the Republic of Vietnam Gallantry Cross for his sacrifice and service to this country, according to the university.

The Nov. 4 ceremony included a presentation of the colors by the UNC Army ROTC and rendition of the National Anthem and remarks from Martin Brinkley, dean of the UNC School of Law, according to the Daily Tar Heel. 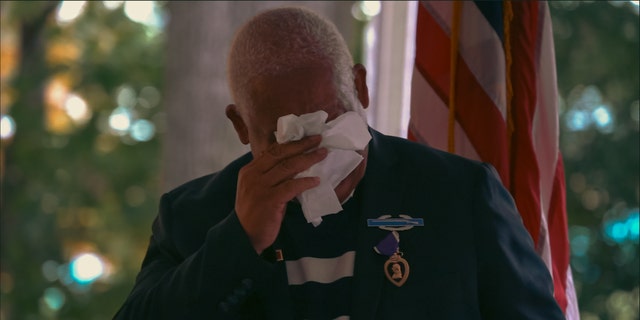 John Spencer Jr. given a Purple Heart, the Combat Infantryman Badge and the Republic of Vietnam Gallantry Cross at the University of North Carolina School of Law for his service.
(Courtesy of UNC School of Law)

The pro-bono clinic provides legal support to former service members seeking an upgrade or correction to their military discharge status. After hearing Spencer’s story, the students decided to take on his case.

In 1969, Spencer was just 20 years old when he was sent overseas to South Vietnam where he served as an Army armored reconnaissance specialist in the infantry for over a year, according to the UNC School of Law.

During that time, the African American serviceman faced both physical and emotional distress from getting stuck in the neck by shrapnel and battling racism and discrimination from his own command, according to the university. 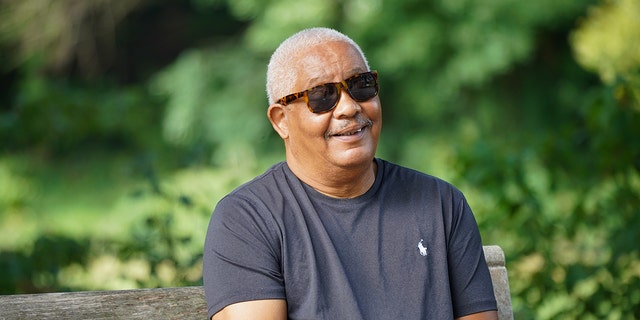 Eventually, he was given a less than honorable discharge for minor infractions, and when he returned home, his uniform and dog tags were taken away, according to the university.

“I was given civilian clothes and sent to the airport and waited for a standby flight,” the veteran told UNC. “When I had gotten to Washington, I began to feel like I was some kind of criminal.”

He was denied veterans benefits and was never awarded a Combat Infantryman Badge, Vietnam War Cross and Purple Heart, honors to which he was entitled, according to the school.

Spencer hadn’t spoken about his other than honorable discharge ever since. However, for the last three years, the UNC law students were determined to help.

John Brooker, a clinical associate professor of law and the director of the program since 2018, said Spencer’s story wasn’t uncommon. 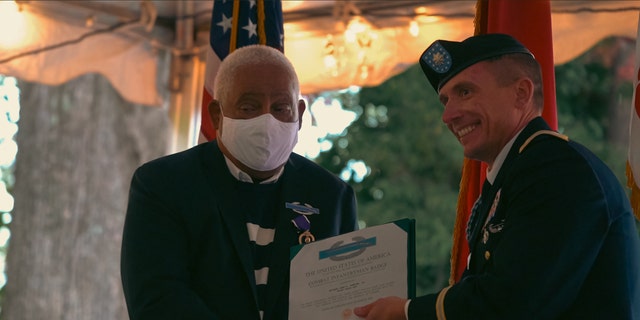 John Spencer Jr. given a Purple Heart, the Combat Infantryman Badge and the Republic of Vietnam Gallantry Cross at the University of North Carolina School of Law for his service.
(Courtesy of UNC School of Law)

“We try to get those former service members veteran status,” Brooker told the school.

In doing so, “it restores the honor that they felt was taken from them. They were separated with a type of discharge that literally says they don’t have honor,” he continued.

The good news finally came earlier this year when they were notified that Spencer will have federal veteran status and full health care benefits. All of his honors were also restored.

It “opens the door to life-saving veteran’s benefits that many should have had all along,” Brooker added.