Reps. Jim Jordan, R-Ohio, and James Comer, R-K.Y., joined Sen. Ron Johnson, R-Wisc., on Thursday in demanding information from the Justice Department (DOJ) regarding the recent raids of Project Veritas founder James O’Keefe’s residence and those of his associates.,

FIRST ON FOX: Reps. Jim Jordan, R-Ohio, and James Comer, R-K.Y., joined Sen. Ron Johnson, R-Wisc., on Thursday in demanding information from the Justice Department (DOJ) regarding the recent raids of Project Veritas founder James O’Keefe‘s residence and those of his associates.

Jordan, Comer and Johnson, who are the ranking members of the House Judiciary Committee, the House Oversight Committee and the Senate Permanent Subcommittee on Investigations, respectively, also suggested in their letter to Attorney General Merrick Garland that he has failed to uphold his promise to maintain an apolitical DOJ.

On Nov. 6, the FBI reportedly raided O’Keefe and his associates because of Ashley Biden’s alleged diary, which ended up in the hands of Project Veritas last fall, though the organization decided against publishing it and turned it over to law enforcement. Ashley Biden is a daughter of President Biden.

Media watchdogs have come to the defense of Project Veritas founder James O’Keefe after the Justice Department raided his home. (REUTERS/Andrew Kelly)

In their letter to Garland, the ranking members noted how, within an hour of the FBI raid, The New York Times published a story about it even though the search warrant was “apparently a part of a grand jury investigation and should have been nonpublic.”

Last Thursday, District Court Judge Analisa Torres from the Southern District of New York ordered the DOJ to halt the extraction of information from O’Keefe’s phones, which were confiscated by the FBI. The judge also granted the request from O’Keefe’s legal team for an independent “special master” to be appointed to oversee the review of his devices.

“The court’s order and the Times’ publishing of nonpublic Project Veritas information raise questions about whether any Department employee leaked, or contributed to the leak of, any nonpublic information as part of this investigation,” the members wrote.

“The Department and the FBI must not be used for political purposes to target the Administration’s political rivals,” the members wrote.

“Unfortunately, as you have failed to live up to your promises on other important matters facing the Department–including by mobilizing federal law enforcement to silence concerned parents at school board meetings–we question whether the Department’s actions in this matter are consistent with your commitment,” they added. 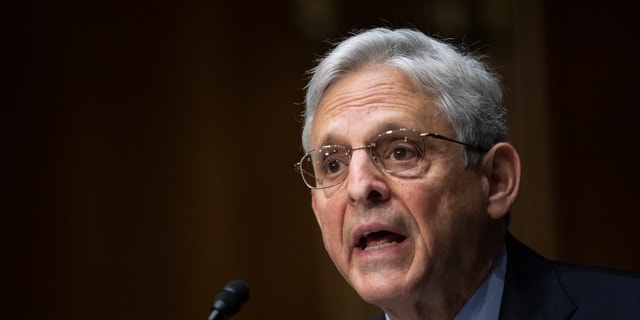 WASHINGTON, DC – OCTOBER 27: U.S. Attorney General Merrick Garland testifies before a Senate Judiciary Committee hearing on October 27, 2021 in Washington, DC. The Justice Department will prioritize redlining investigations with Garland pledging the crackdown on discriminatory lending would be unprecedented in its aggressiveness. (Photo by Tom Brenner-Pool/Getty Images)

The letter concluded by demanding the DOJ hand over documents and information related to the Project Veritas raid, including how the FBI became aware of Ashley Biden’s alleged diary and decided to open an investigation into the matter.

The DOJ was also asked to explain what steps it has taken to investigate the leaking of the Project Veritas raid to The New York Times. 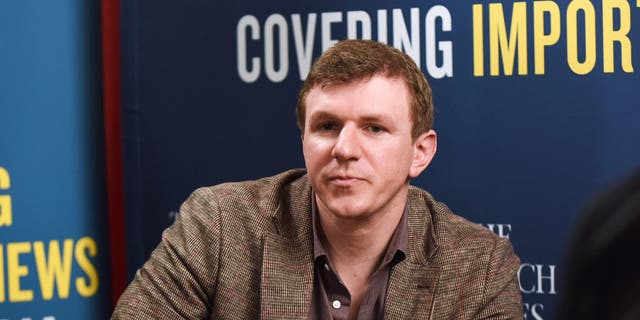 The DOJ was given a deadline of Dec. 2 to provide the requested information.

The FBI raid of O’Keefe and his associates has drawn condemnation from First Amendment experts, as well as the American Civil Liberties (ACLU).

“Project Veritas has engaged in disgraceful deceptions, and reasonable observers might not consider their activities to be journalism at all,” the ACLU said in a statement released Sunday. “Nevertheless, the precedent set in this case could have serious consequences for press freedom.

“Unless the government had good reason to believe that Project Veritas employees were directly involved in the criminal theft of the diary, it should not have subjected them to invasive searches and seizures,” the ACLU continued.

“We urge the court to appoint a special master to ensure that law enforcement officers review only those materials that were lawfully seized and that are directly relevant to a legitimate criminal investigation,” the organization added.