“The fact is, there’s a media fixation on race that ends up dividing people, pitting different groups against different groups,” Yang said. “This was painful for me because I know Michelle Wu. I was happy for her, and then to see her victory diminished because it wasn’t the right kind of victory just sends a terrible message.”

The liberal, taxpayer-funded outlet took fire this week for its piece amplifying angst over Wu, an Asian American, becoming the first elected mayor of color in Boston, instead of one of the three African-American candidates who sought the office. NPR deleted a tweet promoting the story and apologized for it causing “harm,” but the tweet mirrored the first paragraph of a story that suggested White racism played into Wu’s victory. 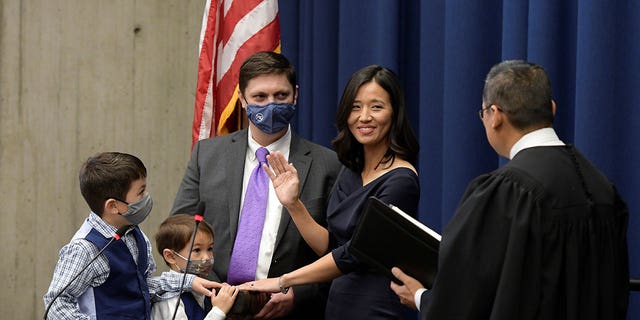 Surrounded by her family, Michelle Wu raises her right hand as she is sworn-in as Mayor by Judge Myong J. Joun, becoming the first woman and first person of color elected to the office, in Boston, Massachusetts, U.S., November 16, 2021.
(REUTERS/Faith Ninivaggi)

The article spent much of its length documenting somber reactions to Wu’s victory, with one interviewee admitting he “cried [his] eyes out” because he didn’t know the next time he would see a Black mayor in the city – then-acting mayor Kim Jansen is Black but inherited the position after Marty Walsh left to run the Department of Labor. 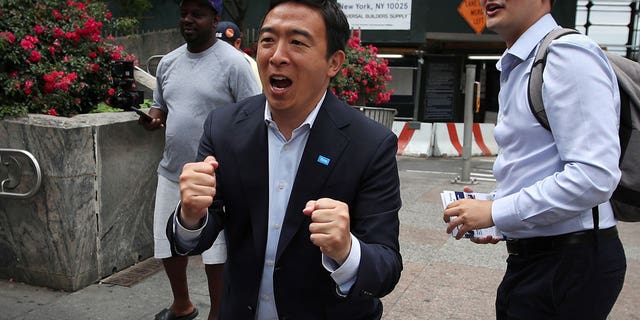 “When it’s convenient, Asians go from non-White to White-adjacent,” he said.

Wu was sworn in on Tuesday as both the first woman and person of color elected to the position. She graduated from Harvard College and Harvard Law School before being unanimously chosen to serve on the Boston City Council at 28 years old. She defeated fellow Democrat Essaibi George, who identifies as Arab American, in the general election after they were the top two finishers in the nonpartisan primary.

Yang made his first appearance on Gutfeld’s popular late-night Fox show Wednesday, weeks after leaving the Democratic Party to become an independent. 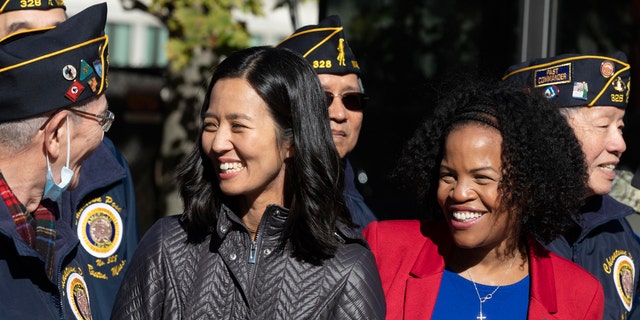 The entrepreneur came to prominence as one of the few non-politicians seeking the 2020 Democratic presidential nomination. Although he never seriously threatened the frontrunners, his universal basic income plan and focus on job displacement earned him a devoted following that helped him qualify for almost every debate.

He launched an unsuccessful bid this year for the Democratic New York City mayoral nomination. Upon leaving the Democratic Party last month, he launched the “Forward Party” with the hope of attracting members of both major parties.

“We can see that the current system is not working, that we’re losing a lot of common sense, that there should be a common-sense, middle-ground party,” Yang told Fox News last month. “And that’s what the Forward Party is.”