Prosecutors Thursday during cross-examination grilled Travis McMichael on his behavior at the police station after he fatally shot Ahmaud Arbery in a quiet Georgia neighborhood.,

During cross-examination Thursday, prosecutors grilled Travis McMichael on his behavior at the police station after he fatally shot Ahmaud Arbery, an unarmed Black man, in a mostly White Georgia neighborhood.

Linda Dunikoski asked McMichael, 35, why he was so nervous Feb. 23, 2020, hours after the slaying when he gave his statement to investigators. 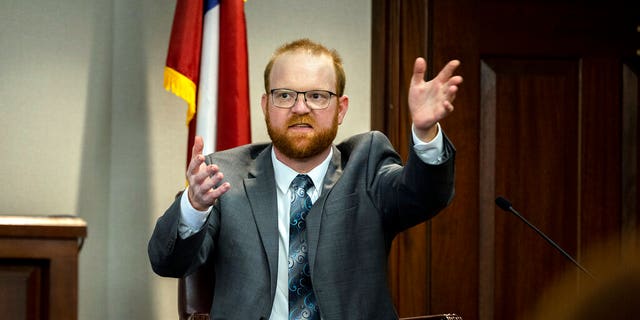 Travis McMichael speaks from the witness stand during his trial Wednesday, Nov. 17, 2021, in Brunswick, Ga. McMichael, his father Greg McMichael and their neighbor, William “Roddie” Bryan, are charged with the February 2020 death of 25-year-old Ahmaud Arbery. (AP Photo/Stephen B. Morton, Pool)

“I just killed a man,” McMichael testified in Glynn County Superior Court. “I had blood on me still. That was the most dramatic event in my life. I was scared to death.”

He added, “I don’t know anyone who wouldn’t be scared or stressed or terrified. It was horrible.”

McMichael, his father, Greg McMichael, 65, and their neighbor William “Roddie” Bryan, 52, are on trial for murder, aggravated assault and false imprisonment.

The three White men suspected that Arbery, 25, was a burglar and pursued him through the Satilla Shores, Ga., neighborhood for five minutes before the fatal encounter.

Dunikoski pointed out that Arbery was unarmed and hadn’t threatened the men, who have argued they acted in self-defense.

“You were nervous [at the police station] because you thought you were going to jail?” the prosecutor asked. 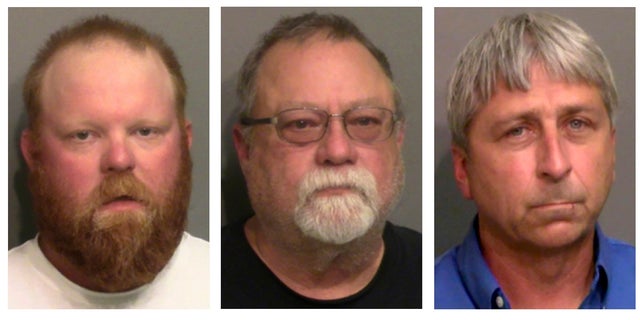 When Dunikoski confronted the former Coast Guard with inconsistencies in his statements to police and his direct testimony on the stand Wednesday, he grew flustered.

Travis McMichael insisted that he had calmly confronted Arbery while his father sat in the passenger seat of his pickup, and asked what he was doing in the neighborhood. He insisted he’d done nothing to startle the young man.

But Dunikoski reminded him that Greg McMichael told investigators that during the chase he yelled at Arbery, “Stop or I’ll blow your f–king head off!”

“I didn’t hear him say that,” Travis McMichael answered.