A new teaser video released ahead of its upcoming reveal suggests that the mid-engine sport car’s V8 engine can rev to a sky-high 8,600 rpm.

That’s exotic car territory and faster than any American V8 before, a title previously held by the 2015 Ford Mustang Shelby GT350’s 5.2-liter engine at 8,250 rpm. 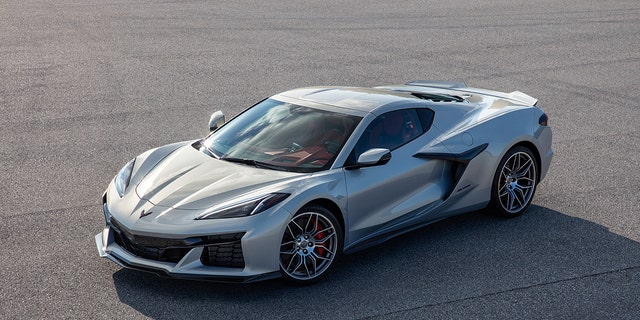 The Corvette Z06 features a slightly different look than the Corvette Stingray.
(Chevrolet)

The video debuted “8,600 minutes” before the reveal event and shows a tachometer swinging past the 8,500 rpm mark as the car hits 100 mph. 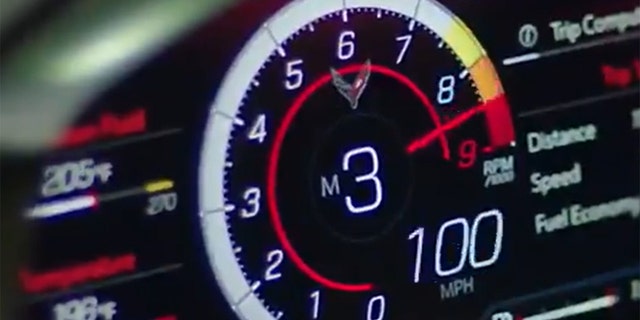 The high-pitched sound it makes suggests the engine uses a flat-plane crankshaft design like the Shelby’s and Chevy’s own Corvette C8.R race car.

Rumor has it that the Corvette Z06 will feature a 5.5-liter V8 like the competition car and make at least 600 horsepower, compared to the current Corvette Stingray’s 495 hp 6.2-liter V8. 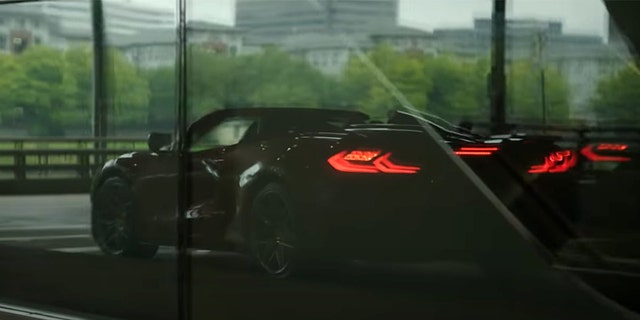 The teaser video confirms that the Z06 will be available as a convertible.
(Chevrolet)

Chevy had previously released a single image of the standard Corvette Z06, but the video includes obscured images of two additional configurations, including a convertible and a track-focused model with a jutting front splitter beneath the nose and a huge rear wing. 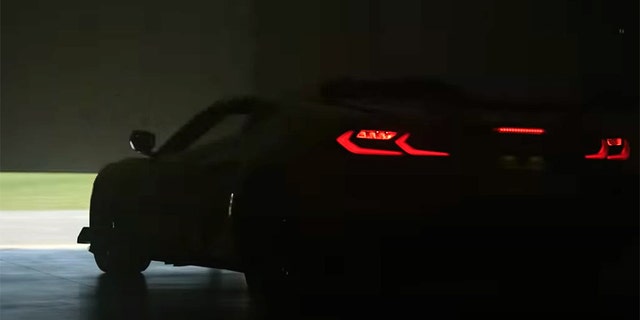 A track-focused version of the Z06 with a large downforce-producing wing will be offered.
(Chevrolet)

Full details on the Corvette Z06 will be released at Noon ET on Oct. 26 through a 30-minute promotional film titled “Putting the World on Notice” that will be posted online.