Cincinnati Reds legend Pete Rose, who has the most hits in MLB history, has made it clear that he isn’t a fan of players who strike out a lot.,

Cincinnati Reds legend Pete Rose, who has the most hits in MLB history, has made it clear that he isn’t a fan of players who strike out a lot. 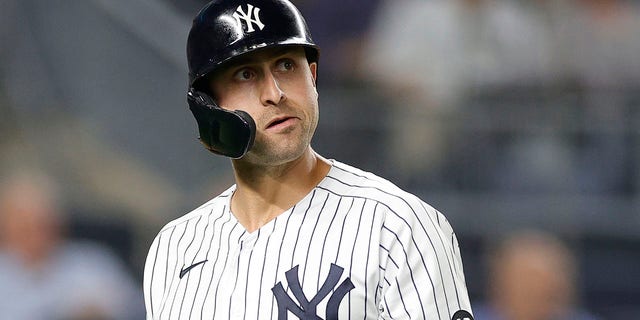 Joey Gallo #13 of the New York Yankees reacts after striking out during the third inning against the Texas Rangers at Yankee Stadium on September 21, 2021 in the Bronx borough of New York City.
((Photo by Sarah Stier/Getty Images))

“That was the worst f—ing lineup they could have put on the field,” Rose said, via NESN.com. “Their six, seven, eight, nine hitters were all out-men. They had to have [Aaron] Judge and [Giancarlo] Stanton do something. If they didn’t hit, all of the pressure was on Joey Gallo. You saw how that worked out.”

Rose finished with a .303 batting average and an MLB-record of 4,256 hits, and he never struck out more than 76 times in a single season. 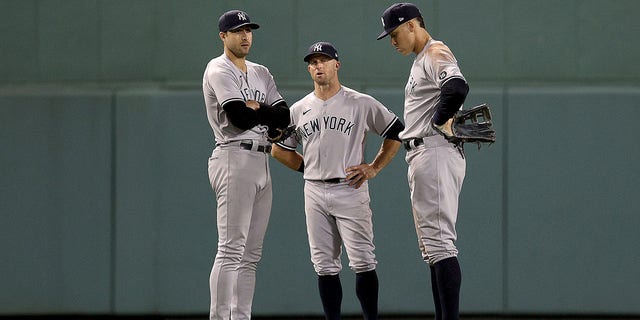 Joey Gallo #13, Brett Gardner #11 and Aaron Judge #99 of the New York Yankees stand in the outfield during a pitching change against the Boston Red Sox during the seventh inning of the American League Wild Card game at Fenway Park on October 05, 2021 in Boston, Massachusetts.
((Photo by Maddie Meyer/Getty Images))

So, the player with the most base hits in league history would have a tough time digesting Gallo’s slash line of .160/.303/.404.

During the 2021 regular season, Gallo had a .160 batting average in 58 games played for the Yankees. He hit 13 homers with 22 RBI but struck out 88 times in 188 at-bats. Gallo went 0-for-4 with one strikeout in the wild-card matchup against the Red Sox. 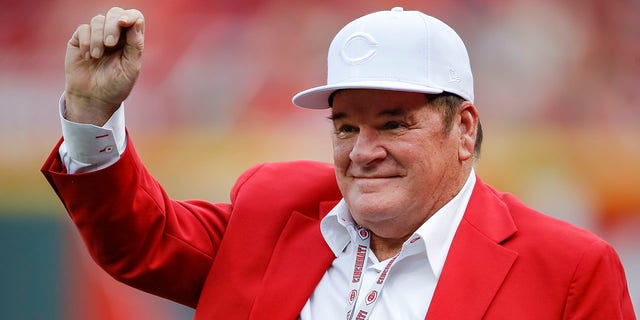 Former Cincinnati Reds manager and player Pete Rose is seen before the game against the Pittsburgh Pirates at Great American Ball Park on July 21, 2018 in Cincinnati, Ohio.
((Photo by Michael Hickey/Getty Images))

“How does someone who didn’t play every day strike out 213 times?” Rose asked. “Ray Charles wouldn’t strike out that much. I just can’t imagine striking out 213 times without killing myself.”

The Yankees acquired Gallo midseason because they were in desperate need of a left-handed bat in their lineup. He is expected to return to New York for another season before entering free agency in 2022.