The leadership of several Biden administration departments is struggling to deal with the challenges confronting them.,

Top leaders in the Biden administration are struggling to deal with cascading crises, from the southern border to a labor shortage to supply chain disruptions, and critics are alleging that there is a leadership vacuum among top Cabinet secretaries.

“Most of the members of the Cabinet are anonymous people who are not well known to the American people and are not capable or apparently not interested in stepping forward and defending what the administration is doing and what they have in their particular departments,” Fox News contributor Karl Rove said on “America Reports” Friday.

The issues the administration is struggling to deal with span many subject matters and many departments.

There are major supply chain disruptions that are contributing to inflated prices and that the White House says may lead to shortages around Christmas. President Biden spoke about the issue this week, but Transportation Secretary Pete Buttigieg went on parental leave for about two months without disclosing it until Politco reported the news Thursday.

The Department of Transportation did not respond to a request for comment on who was taking charge of the department with Buttigieg on leave.

The southern border continues to see a plethora of migrant crossings, many of whom are eventually being released deep into the interior of the country with court dates far in the future and little supervision in the meantime. But there’s been little progress in stemming the tide, which Homeland Secretary Alejandro Mayorkas and Vice President Harris have been charged with addressing. 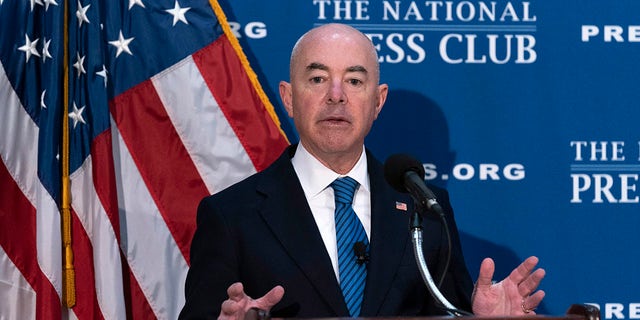 The Department of Homeland Security says it plans to reinstate the Trump-era “Remain-in-Mexico” policy for asylum seekers, but only after a federal judge ordered it to do so. But the DHS on Friday did not respond to a request from Fox News asking about criticism that the continued stream of migrants is hurting border communities. Harris’ office also did not respond to a request for comment on the topic of immigration Friday.

U.S. employers are still having trouble finding workers to fill their open jobs, a problem Labor Secretary Marty Walsh said he is having a hard time finding a solution for in a recent interview with Axios. He blamed the coronavirus pandemic and people looking for career changes that might lead to better work-life balance as contributing factors. But the Labor Department did not respond to a request for comment from Fox News Friday asking what concrete actions the department plans to take to solve a problem Republicans blame on Biden administration policies.

But the Department of Energy did not respond to a request for comment from Fox News asking about any concrete actions Energy Secretary Jennifer Granholm is taking to reduce gas prices ahead of the holiday season.

In this May 11, 2021 file photo Energy Secretary Jennifer Granholm speaks during a press briefing at the White House in Washington. (AP Photo/Evan Vucci, File)

Attorney General Merrick Garland spurred backlash with what Republicans allege was a poorly-crafted and overly broad memo asking the FBI to look into alleged threats against school board members from upset parents. Republicans alleged it could chill free speech, while the DOJ has defended the memo as only applying to actual violence and criminal threats.

The Justice Department did not respond to a request for comment from Fox News Friday asking whether it agreed with a letter from the National School Boards Association (NSBA) that said some activity from parents may “be the equivalent to a form of domestic terrorism and hate crimes.” The request also asked whether the Justice Department consulted with the NSBA as it wrote the controversial memo, or if it reached out to other stakeholders. Garland is likely to face these questions when he testifies before the House Judiciary Committee next week.

The source of much of the angst at contentious school board meetings has been mask and vaccine mandates. Conservative parents, and even some teachers’ unions, have pushed back against vaccine mandates. Education Secretary Miguel Cardona has promoted vaccinations for teachers, students and others, and he has pushed back against red states that are banning mask mandates. But he has largely avoided addressing the controversies occurring at school board meetings.

Defense Secretary Lloyd Austin and Secretary of State Antony Blinken, meanwhile, are likely to be subject to intense scrutiny for months about the deadly U.S. withdrawal from Afghanistan. Both have already appeared at congressional hearings investigating the matter, and Blinken in particular said that he did not believe staying in the country any longer would have made any difference in the situation. 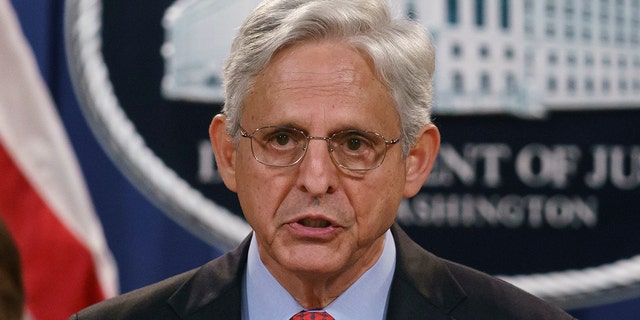 Attorney General Merrick Garland announces a lawsuit to block the enforcement of a new Texas law that bans most abortions, at the Justice Department in Washington, Thursday, Sept. 9, 2021. Garland will testify in front of Congress in the coming days and is likely to be asked about a memo he sent asking the FBI to look into alleged threats against school boards. (AP Photo/J. Scott Applewhite)
(AP Photo/J. Scott Applewhite)

But he and Austin have taken significant criticism for the fact that the U.S. Embassy was abandoned as the Afghan government crumbled and the Taliban took over the country. Austin, at his hearing, said of the eventual evacuation of many Americans from the country as it disintegrated, “Nothing like this has ever been done before, and no other military in the world could have pulled it off.”

Evacuations of Americans from Afghanistan have continued, according to the State Department, which said Friday at least 129 Americans and another 115 permanent residents were removed from the country with its assistance since Aug. 31.

The Defense Department did not respond to a request for comment from Fox News regarding how it expects upcoming congressional investigations of the Afghanistan withdrawal to pan out.

And Treasury Secretary Janet Yellen continues to push a policy that would force banks to turn over aggregate inflow and outflow information of nearly all Americans’ bank accounts to the IRS in an effort to catch what she characterizes as rich tax cheats. Critics say it amounts to an invasion of privacy and would impose burdens on small banks and credit unions.

The Treasury Department did not respond to questions from Fox News Friday regarding why the proposed policy is so broad — it would affect every bank account that has a balance of $600 or $600 of total activity over the course of a year — if it’s meant to catch rich tax cheats.

It is not clear whether the proposed policy will make it into law amid negotiations over Democrats’ reconciliation bill in Congress. House Speaker Nancy Pelosi, D-Calif., says that it will, in some form.

The White House notably did not grant an interview request by Fox News’ “America Reports” on Friday for an interview with any Cabinet secretary about the issues piling up for the administration.