The 78-year-old musician shared photos from the ceremony on social media.

“I’m so happy,” he captioned a handful of pictures. “Finally a keeper.”

“A very happy man,” Waters captioned a shot of himself on the big day. 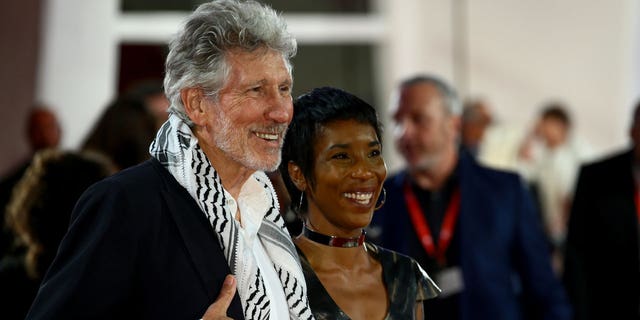 Roger Waters and a guest walk the red carpet ahead of the ‘Roger Waters Us + Them’ screening during the 76th Venice Film Festival at Sala Darsena on September 06, 2019 in Venice, Italy.
(Photo by Matteo Chinellato/NurPhoto via Getty Images)

Waters’ marriage to Chavis marks his fifth marriage. The Pink Floyd singer has been married to Judith Trim, Carolyne Christie and Priscilla Phillips. He was most recently married to Laurie Durning.

Waters previously opened up about his romance with Chavis during an interview with Infobae in 2018.

“Love is good, obviously,” he told the outlet, according to People magazine. “It requires maturing. If you have real love, it will surely last a long time. Because love is about giving, not receiving.”