A PAC that supports Republican women is endorsing its first non-incumbents of the 2022 cycle.,

FIRST ON FOX: The Republican PAC Winning for Women (WFW) is announcing its first non-incumbent endorsements of the 2022 election cycle on Friday, providing a possible early look at the GOP candidates who have a chance to flip the House for Republicans in 2022.

The candidates getting the backing of the PAC are Esther Joy King, Monica De La Cruz-Hernandez and Jen Kiggans.

WFW announced a round of endorsements in June, all of freshman Republican women who face tough 2022 reelection challenges. Now this round it is backing Republicans who have a chance to flip similarly competitive seats held by Democrats.

King is running to replace retiring Rep. Cheri Bustos, D-Ill., in Illinois’ 17th Congressional District, which has been trending red in recent years. Winning that open seat will be key to Republicans’ plans to take back the House.

King – a former aid worker in Kabul, Afghanistan, and a JAG officer in the U.S. Army Reserves – lost a close race to Bustos in 2020. 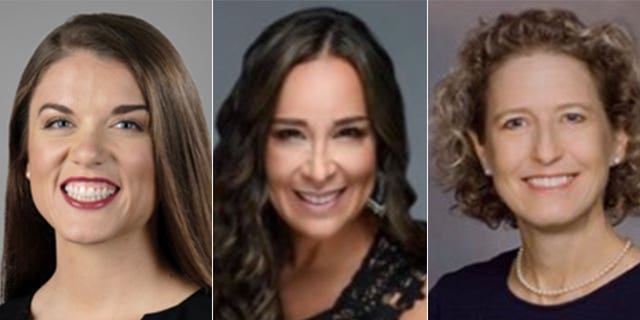 From left to right: Esther Joy King, Monica De La Cruz-Hernandez and Jen Kiggans, candidates who have been endorsed by the Republican PAC Winning for Women.
(Winning for Women)

Kiggans is a Navy veteran who served two Persian Gulf deployments as a helicopter pilot, according to her campaign website. She was elected to the Virginia state Senate in 2019.

According to FiveThirtyEight, WFW-backed candidates have an 87% winning percentage in primary races.

“Last year, everyone saw just how well qualified, Republican women can perform in competitive districts,” WFW political director Micah Yousefi said. “As the momentum builds for Republicans this cycle, we are eager to replicate that success with more exceptional female candidates. Esther, Monica and Jen are running for seats that will be critical for taking back the House. Winning For Women PAC is proud to back their races with financial and grassroots support.”

“It’s so much easier to achieve a GOP majority when strong conservative women step up and answer the call,” King said of her fellow candidates. “We’re all running for Congress to bring bold, conservative, intelligent and courageous ideas to Congress.”